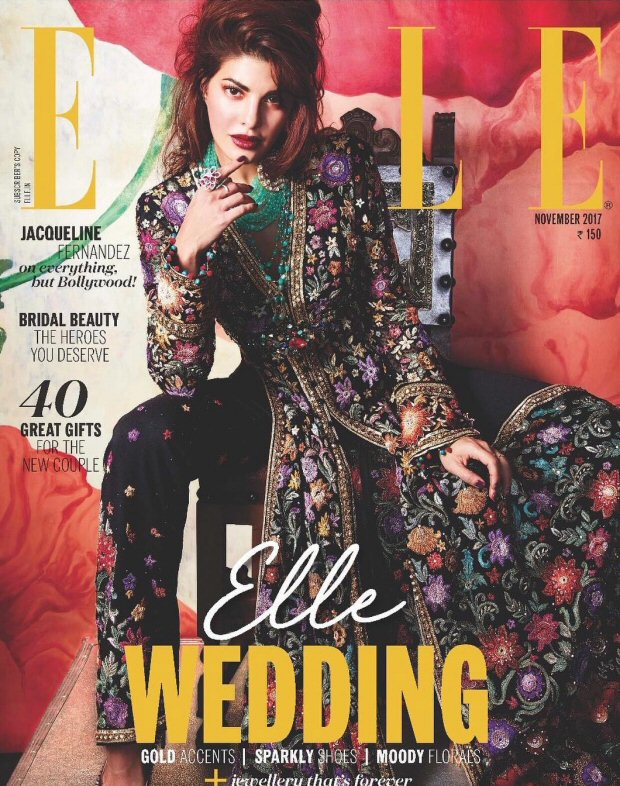 Jacqueline Fernandez, who is currently basking in the glory of the blockbuster run of her superhit film Judwaa 2, has got an added glow post the success of her film and these pictures are proof. 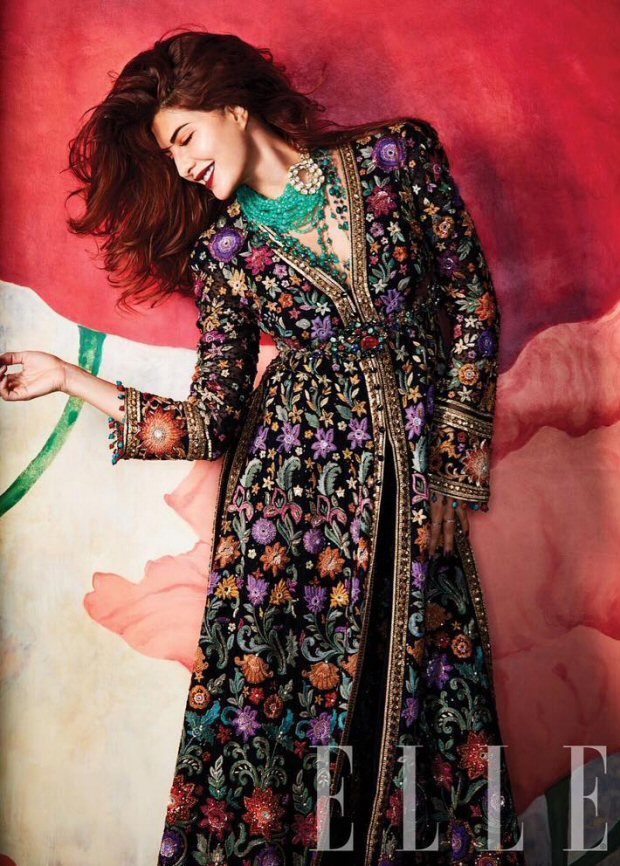 After enthralling the audience with her performance in Judwaa 2, Jacqueline Fernandez owns the cover of the leading magazine for its wedding special November 2017 issue. Jacqueline looks undoubtedly stunning in the chic bride style as she poses for a leading magazine cover. Taking eyes off this curvaceous beauty is far from easy as she sizzles in the photoshoot. 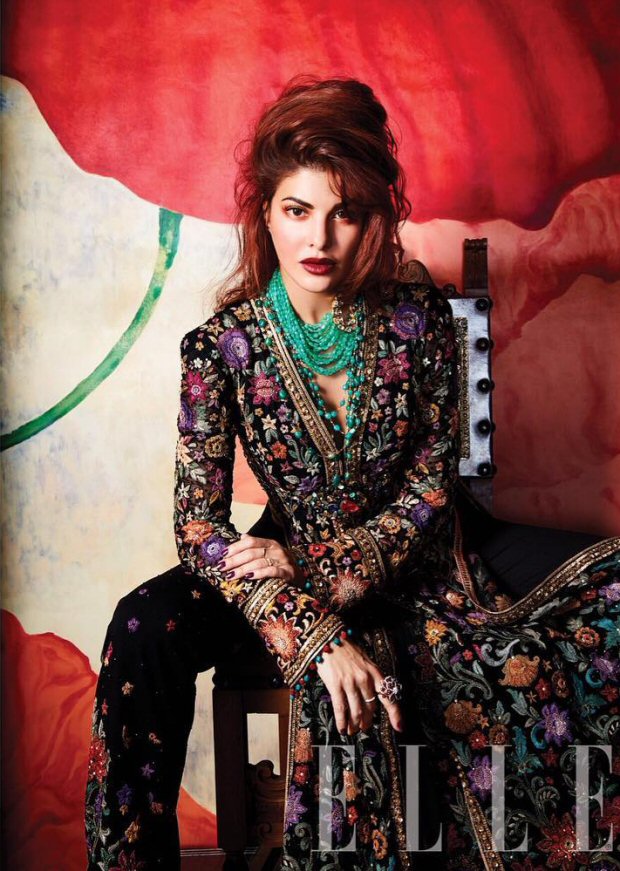 Jacqueline is an absolute stunner, vibrant and fresh as she gracefully poses for the magazine in some really amazing wedding outfits. Wearing Tarun Tahilani couture on the cover with Christian Louboutin heels, Elle India captioned the photo, "Our #November cover girl #JacquelineFernandez shows us her many moods — from confessing she's a #RyanGosling fan girl to singing Hallelujah in the shower, you've never seen her like this before." 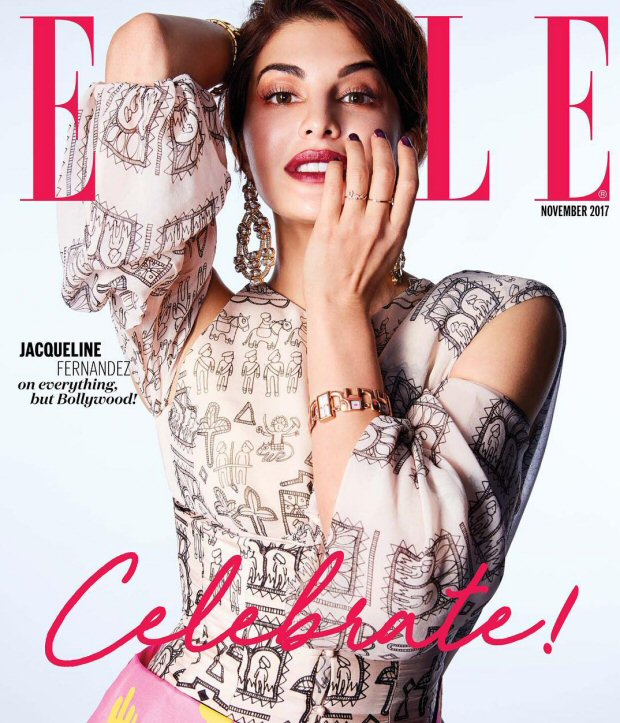 In another shot, Jacqueline is a vision in an embellished white crop top by Abu Jani and Sandeep Khosla with Manish Malhotra heavy work lehenga. She has paired it up with dangling earrings from Renu Oberoi. Red lips, maroon eyes and tied up hair rounded her look. 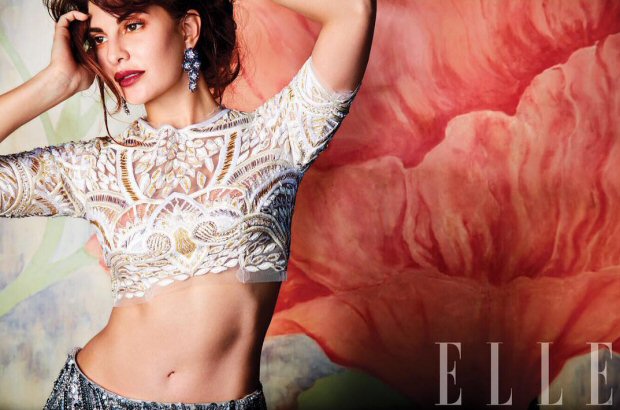 On the work front, Jacqueline Fernandez is currently shooting for her upcoming film Race 3 reuniting with the Kick co-star Salman Khan after 3 years. 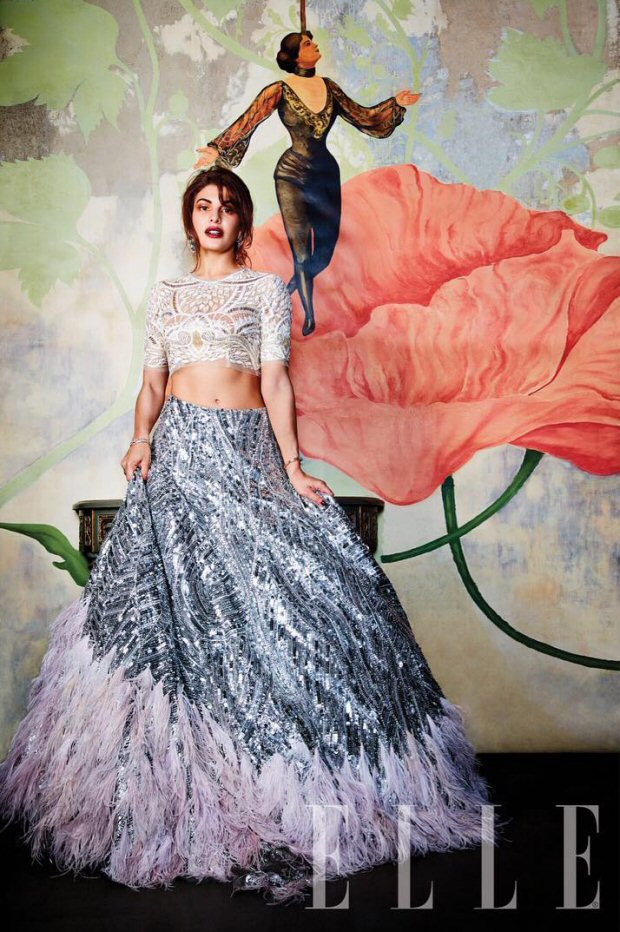