Yesterday most of India was glued to the India – Pakistan world cup match especially given the recent tension between the two nations. While each citizen showed their support for Team India in their own way, bikini babes Sherlyn Chopra and Poonam Pandey who have over time come to be known for their scintillating social posts decided to express their support in the way they know best. 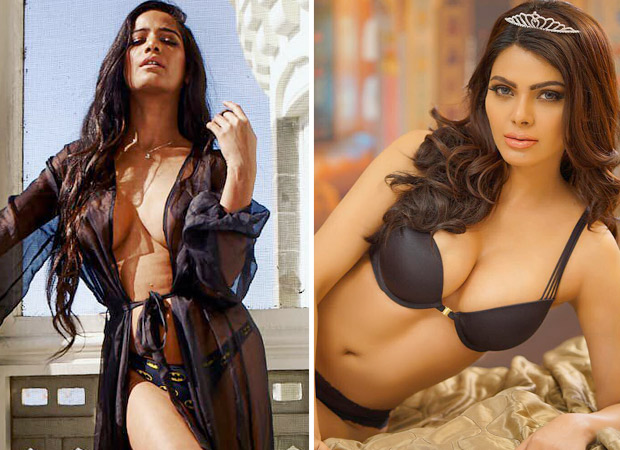 Taking to Instagram sharing a video of herself sporting a blue bikini Sherlyn, who is seen donning a batsman’s gear posted, “GO HARD OR GO HOME! ITS TIME TO BLEED BLUE! HAPPY FATHER’S DAY TO #TeamIndia #TeamIndiaIsTheBaap”.

GO HARD OR GO HOME! ITS TIME TO BLEED BLUE! HAPPY FATHER’S DAY TO #TeamIndia #TeamIndiaIsTheBaap ???? FULL VIDEO ONLY ON #TheSherlynChopraApp ???? Link in my Bio

On the other hand, Poonam Pandey, best known for her comment stating that she would strip for team India if they won, took to the image sharing site, Instagram to depict the difference in support between India and Pakistan. While one image sees her clad in a burqua in the other Poonam poses topless! Sharing the image Poonam added, “Spot the Difference. #IndvsPak World Cup 2019.”

If that wasn’t all, prior to the match Poonam Pandey also decided to respond to a Pakistani advert that is doing the rounds wherein an Indian war hero is made into the butt of the joke. Responding to the same she added, “My Answer to the Pakistani AD. #IndvsPak World Cup 2019.”

My Answer to the Pakistani AD. #IndvsPak World Cup 2019.