Well, we all know what ensued during the past week, when our former beauty queen Urvashi Rautela ended up getting trolled massively for a major error on social media. A post of the actress where she was rumoured to be dating Ahaan Shetty had irked her and she shared a note along with one of the reports that mentioned about their alleged relationship. However, it wasn’t the media post that got trolled but what Urvashi Rautela had shared on her Instagram. 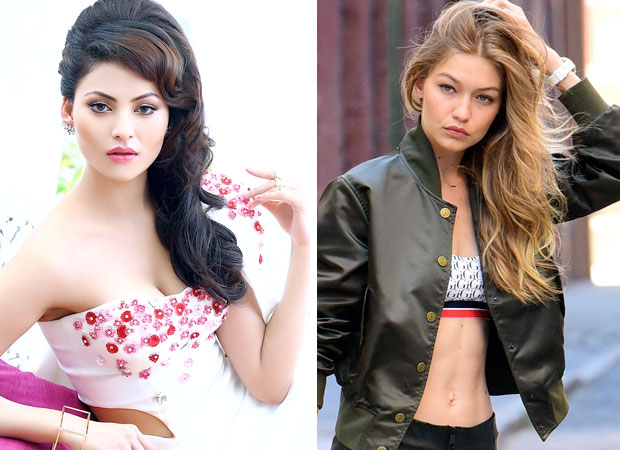 Urvashi Rautela had shared a post wherein she apparently shunned media reports for spreading rumours about her alleged affair. But her post resulted in a field day for netizens and social media lovers. Reason? Her post was the exact replica of the ones Gigi Hadid shared a couple of months ago. Gigi Hadid had slammed an Instagram page which was trolling her relationship with Zayn Malik.

Seems like u guys tag me in a new post every day … pls stop.. it’s just negative, I really have no hard feelings towards you I just know what a beautiful world there is to go out and live in instead of trying to dissect something that you don’t even know and that you do not see 99% of. The energy you put into this does not serve your life in any way ...truly ‘beating a dead horse. You guys can call it publicity gimmick. There’s nothing to figure out all the time… give it a break. this is my last comment on this matter but I hope u know it’s not coming from a bad place, just would love for you to find something else that inspires you in life…. X

On the other hand, Urvashi Rautela ended up doing the copy paste job which didn’t go down well with Instagram audiences. They ended up lashing out at the actress for copying Gigi Hadid. Responding to that, Urvashi used the same platform to share her apology. She shared an Instagram story saying, "I'd like to apologise on behalf of my content writer/litterateur/biographer (due to his super hectic schedule) as he had no idea about @gigihadid. I feel terrible for this mistake."

However, the said recent Instagram story too seems to have backfired badly for the Hate Story IV actress. It seems that the Instagramers are still laughing over Urvashi having her own biographer for her social media! We wonder what the actress has to say on that.

Coming to the work front, Urvashi Rautela is yet to announce her next project after Hate Story IV.

Sara Ali Khan says she was hurt when people…