While several Bollywood celebs made varied plans to ring in their ‘Happy Holidays’, we recently got a glimpse of how Varun Dhawan rang in his Christmas this year. The actor, who has always been fond of children, decided to celebrate it with them.

We have time and again seen many Bollywood personas extending their support to underprivileged children as they celebrate various occasions with them. And considering how Varun Dhawan has found a major fan following amongst kids, the actor decided to spread some love this holiday season. 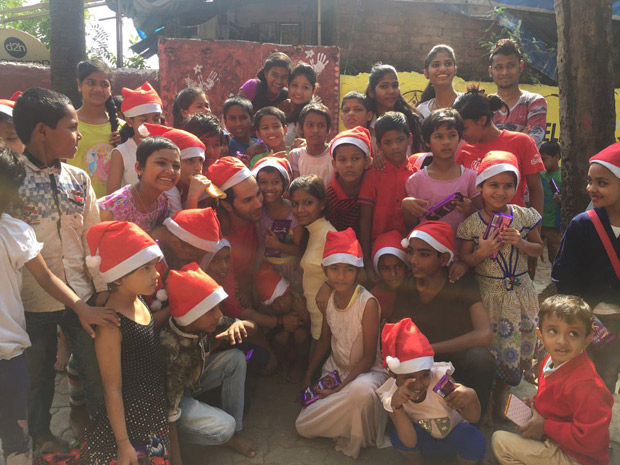 The star kid celebrated his Christmas at St. Catherine of Siena school and orphanage. The actor not only interacted with all the children but even obliged when they asked him to dance with them. The actor was spotted performing with them on the latest chartbuster ‘Oonchi Hai Building’ from his blockbuster film of the year Judwaa 2.

As for next year, we hear that Varun Dhawan is quite excitedly looking forward to the same and he will be seen in Shoojit Sircar’s unconventional film October, YRF’s Sui Dhaaga among others. Rumours also have it that the actor will collaborate with director-father David Dhawan for the remake of Salman Khan, Karisma Kapoor, Sushmita Sen starrer Biwi No. 1.