Kundali Bhagya has offered several interesting twists and turns to its viewers in the past. The show continues to introduce constant chaos in Karan (Dheeraj Dhoopar) and Preeta's (Shraddha Arya) lives. While some of them have left the audience intrigued, some others have failed to leave an impact. However, in the recent episodes, it seems that the viewers were quite entertained with Prithvi aka Sanjay Gagnani donning a new avatar in the series. 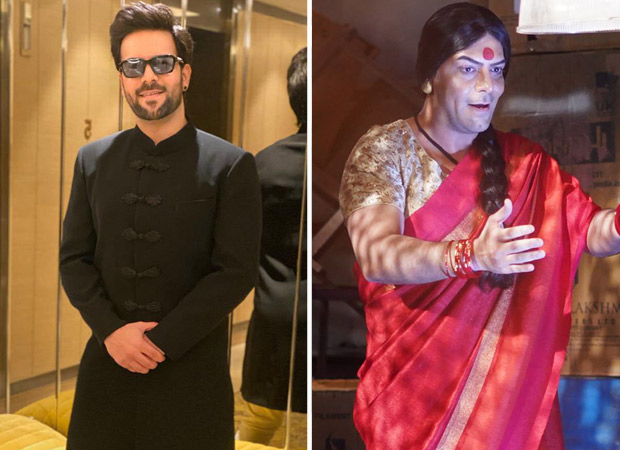 Viewers may be aware that Prithvi was planning to get Karan engaged to Natasha (Rishika Nag). However, Srishti (Anjum Fakih) kidnaps her in time and spoils Prithvi’s evil plan. But, determined to find out why the police arrested Natasha, Prithvi takes up a rather interesting avatar of a woman and he had left everyone surprised.

Sanjay Gagnani underwent special training to play the character. Talking about it, he said, “I have taken up a lot of disguises in Kundali Bhagya, but this one was really very different and challenging. In fact, I have taken up a woman avatar earlier too, but the characteristics, nuances and the portrayal of this new character were quite different. While I was initially comfortable, when we started shooting for the sequence, I understood the difficulty of doing all the sequences in a saree.”

Speaking about the difficulty of shooting in a saree, he said, “I had to perform some action scenes, and the whole sequence went on for almost two days. I honestly don’t know how all the actresses wear such heavy sarees for so many hours and are so comfortable shooting in them all day long. In fact, I also salute all the men who dress up as women in fiction shows and comedy shows and perform their acts flawlessly.”

Talking about his inspiration for the role, Sanjay mentioned that he even took the help of his wife Poonam Preet. He said, “I watched several movies, strong women characters and even other men who played women in earlier shows to prepare for this one. I even got some help from Poonam (his wife) to get the nuances right and I have to say it was all worth it. The audience has really showered me with a lot of love for the act and I hope they continue supporting me all my life.”

Kundali Bhagya airs on Zee TV from Monday to Friday at 9:30pm.