Looks like perfection was never taken “lightly” on the sets of Mimi! The family comedy sees Kriti Sanon play a street smart surrogate mother who gets entangled in a crazy mess when her plans go horribly wrong. In the age of prosthetics and special effects, there’s always an easy way out to look plump and portly, but Kriti and her director were very clear about taking a realistic approach to the various stages of pregnancy. So, no matter what the cost, the actress boldly took the plunge to step into the skin of her character. 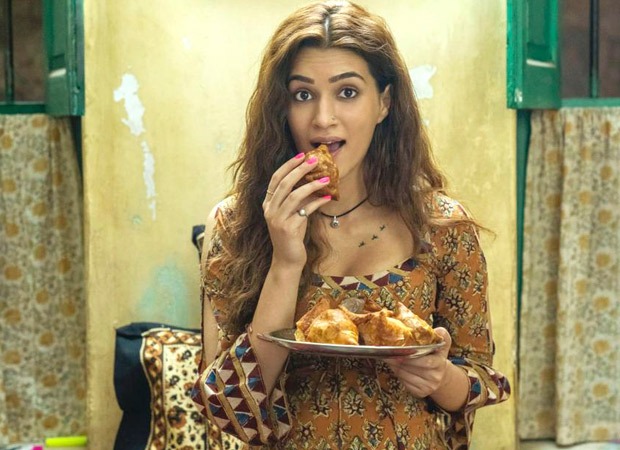 Exercise be damned, Kriti binged on food like no one’s business after completing the film’s first schedule. It wasn’t a cakewalk for the lanky lass to pile on the pounds. The Luka Chuppi star says, “Being blessed with a great metabolism, I’ve always been able to eat whatever I want. Owing to this, it wasn’t easy for me to put on the kilos. From devouring the oiliest possible breakfast to gorging on the sugariest of sweets, I had to stuff myself with way more food than normal. Every two hours, I needed to snack on something even when I was not hungry. After a while, this whole buffet of junk food got nauseating”.

She adds, “I also wasn’t allowed to do any kind of workout including Yoga, which led me to feel really unfit”.

Kriti’s sincere passion left Laxman Utekar, an impressed director, as he says, "There is a difference between playing a character and becoming the character, Kriti has taken a deep dive into this role and it literally shows".

In an industry where vanity reigns supreme, director Laxman Utekar was elated by the leap of faith Kriti took for her character, "Very few actors place the sanctity of their craft above their stardom. Kriti is an artist first and knew that Mimi would demand her to go all out. It's a performance born out of hard work and dedication. She knew she could burn off those calories later but immersing herself into the skin of her character was the need of the hour. In this case, it literally meant taking a deep dive into tasty desserts."

Laxman turned out to be the perfect “friend in need”, sending his lead actress many calorie-filled goodies, "I remember sending across hampers loaded with sinfully delicious items that were sure to shock the weighing machine, but it was all to make her look convincing on-screen”, he shares.

Well, it seems team Mimi is “paunch” believers in not compromising while making a film. But all’s well that ends well since Kriti’s chubby look is being loved on social media, with fans raving about her dedication.