Amitabh Bachchan recently expressed his condolences after the demise of his most popular co-star Sridevi. While Bollywood has decided to do away with grand Holi celebrations as a mark of respect to the veteran actress this year, Amitabh too decided to have low key celebrations. The megastar kicked off Holi last night only with his family in presence. 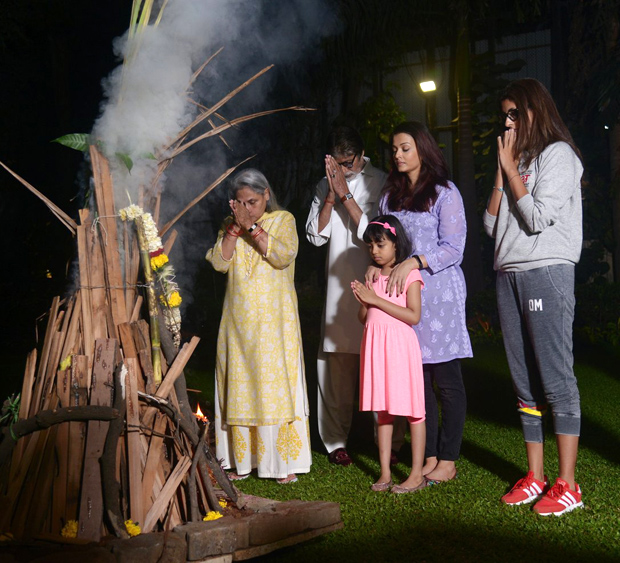 Amitabh Bachchan posted pictures of the ‘Holika dahan’ celebrations at his residence on social media. He took to Twitter to share this moment with his fans and captioned it saying, “the Holika has been burnt and the prayers done .. the 'tilak' colours put .. and the special sweetmeat for the occasion 'gujiya' consumed ..”

According to the post, the Bachchans decided to start the celebrations in a rather traditional manner. The entire family was seen worshipping the Holika Dahan that signifies the victory of good over evil. This day is followed by Rang Panchami or rather the day that is called ‘festival of colours’. In fact, it was also quite a happy moment for the family since the Bachchans were joined by their daughter Shweta Bachchan Nanda for Holi. While everyone was seen offering their prayers, the one person who was missing it all was Abhishek Bachchan. The reason? Well, if reports are to be believed, the actor is off for work commitments. It is a known fact that Aanand L. Rai and Anurag Kashyap recently kicked off their collaboration Manmarziyaan. The film features Abhishek Bachchan as one of the three leads. He is currently shooting for the film along with co-stars Taapsee Pannu and Vicky Kaushal. It seems that the actor will be having a working Holi this year. 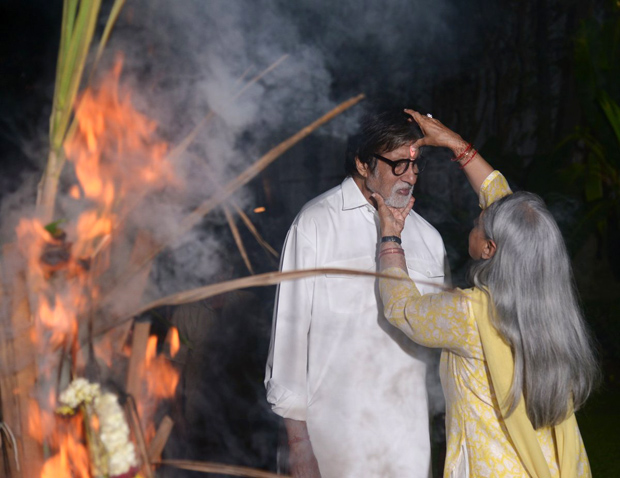 On the other hand, besides a glimpse of the Holika Dahan, Amitabh also posted pictures of the tika ceremony and the Holi delicacies. Gujiyas, are popular sweets, that are generally made specifically for this occasion. 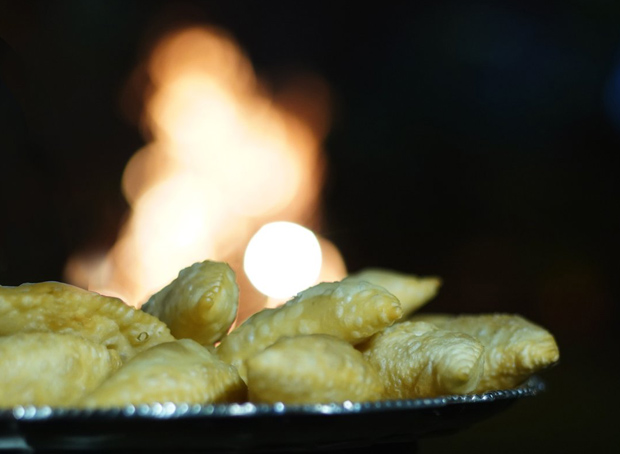