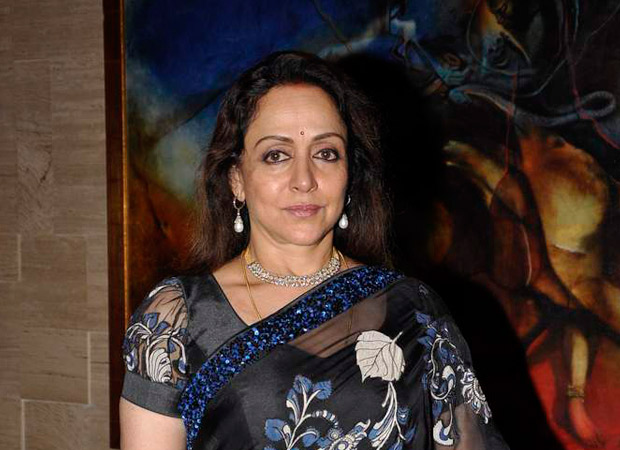 Yesterday, the nation woke up to the shocking news of a fire that erupted in the upmarket and popular Kamala Mills in Mumbai. Once a sprawling mill, Kamala Mills emerged as a premiere office destination and also a popular hangout place, comprising of various restaurants and pubs, in the last decade. The fire started at around 12:30 am, on December 29, at a pub called 1 Above and then quickly spread leading to the death of 14 people. In no time, it emerged that 1Above and many other establishments had flouted safety norms. The municipal corporation, the Brihanmumbai Municipal Corporation (BMC) were informed about these illegalities but they had turned a blind eye.

Yet, actress-turned-MP Hema Malini made a very unusual comment on this incident. When asked to give her views on this incident, she told a newsperson outside the Parliament in Delhi that the incident happened due to overpopulation of Mumbai. She made it clear that one can’t blame the Police, also responsible for giving permissions to restaurants and pubs, for the Kamala Mills blaze, and that they generally do a great job. She added that there should restrictions on the population and that each city should have a certain limit on the number of people.

As expected, netizens massively criticized Hema Malini for these comments. She was called insensitive and many wondered how overpopulation is the cause of Kamala Mills fire. After all, it was absence of safety measures and negligence on the part of the authorities that caused this tragic episode is what a lot of netizens argued.

Hema Malini works for the BJP party since 1999. In the 2014 Lok Sabha elections, she won from the Mathura constituency in Uttar Pradesh by a huge 3,30,743 votes

Hema Malini is right.
High Population is the reason for all problems.

Just that she didn't tell this to Dharmendra who has 6 children.

Hema Malini should restrict her opinions to drinking water quality. Saves her from making a fool of herself.

Hema Malini should restrict her opinions to drinking water quality. Saves her from making a fool of herself.

The real problem is early man, who discovered fire. Early man is responsible for #KamlaMillsFire https://t.co/MFDItInw4H

What when 'Population Limit' for every city will exceed the set numbers ? Will you be sending that extra % of population to Mars or Jupiter ? Have some brains @dreamgirlhema !!!#NonSenseHema ????????????????https://t.co/phJUWSgvTV

Hey KENT, please halt the production of products to clean water and air, and work to 'Shudh' Hema Malini's brain. Thank you..