Television’s darling Helly Shah has never failed to impress us and the actress has now made a debut with the short film ‘Happy Birthday’. Written and directed by Seemaa Desai the short film has already won several awards and applause at the Film festivals.

Talking about the short film, Helly shares, “The story of Happy Birthday is fun and quirky.  It is a perfect mix of entertainment and I absolutely enjoyed playing my character Saba. We had multiple reading sessions before we actually went on the floor. It was a completely different experience for me to work on a short film and to go all candid.” 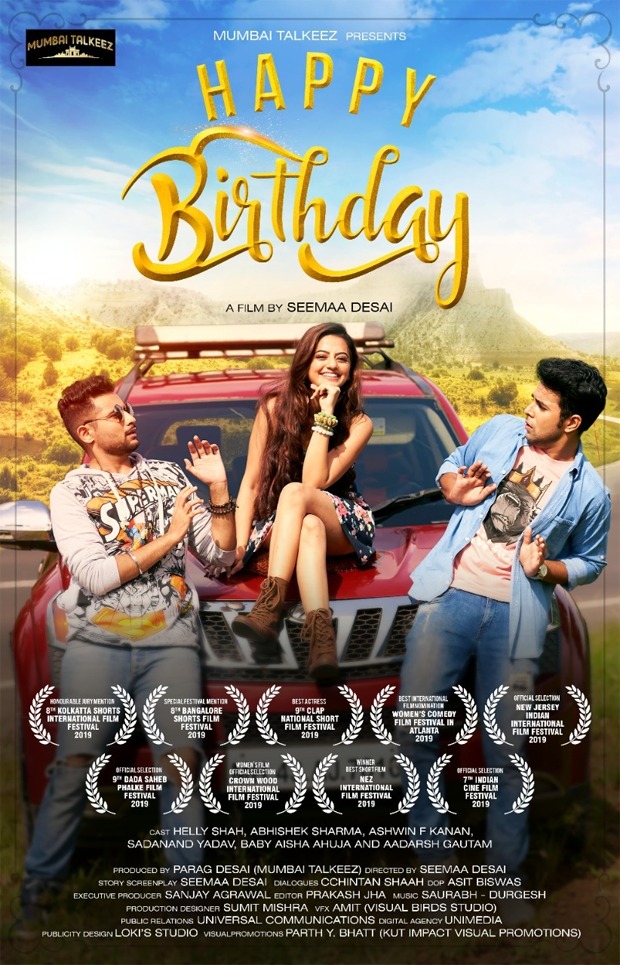 Helly further adds, “Our director Seemaa Desai is one of the warmest people I have ever met who made things so comfortable for me. She explained the details of my character so well that I got a grip on it soon.”

The film aims to give out a strong message to the youth about road safety in a hilarious way without sounding preachy. Happy Birthday stars Helly Shah, Abishek Sharma, Ashwin Kanan, Adarsh Gautam, and Sada Yadav.