Recently, actors Nia Sharma and Devoleena Bhattacharjee were involved in a heated argument on Twitter. However, the two have now publicly apologised for their remarks targeted at each other. 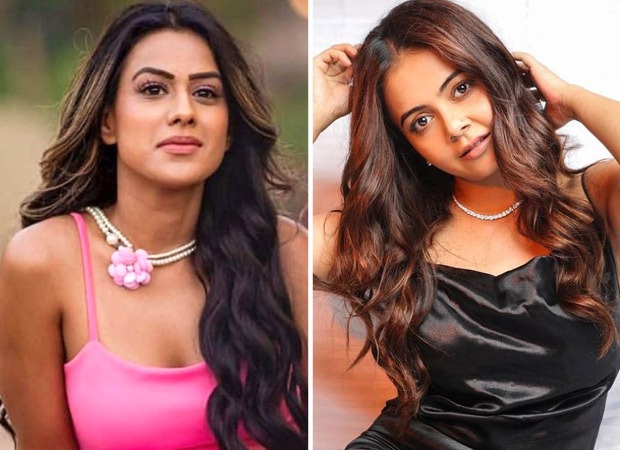 After a heated argument over Pearl V Puri’s case, Nia Sharma and Devoleena Bhattacharjee apologise to each other

Nia Sharma, on Tuesday night, took to her social media and put a note apologising to Devoleena. "My mom, brother and Ravi very lovingly told me I wasn't right and considering 3 close ones can't be wrong..so Here I Go.. Hey @devoleena I may have crossed a line in being personal..I'm sorry. It was impulsive. Hope you'll forget it(sic)," read the note.

Sharing the note, Nia wrote, "@Devoleena_23 Ending where it started! ‘Sorry’ once again(sic). "

@Devoleena_23
Ending where it started! ‘Sorry’ once again. ❤️ pic.twitter.com/i9lnhoNPFw

Meanwhile, responding to Nia's apology on Instagram, Devoleena wrote, “Hey @niasharma90 that is ok. Forgive me too if i have hurt you anyway though that wasnt my intention at all. Convey my regards to your mom, brother & ravi. Stay safe & take care(sic).” 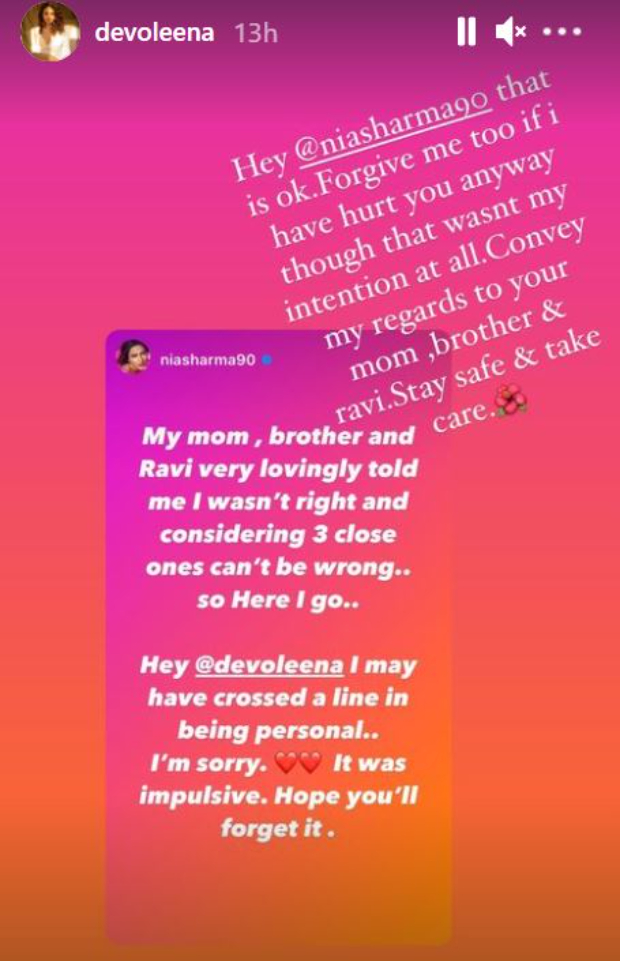 On June 7, Nia and Devoleena engaged in a Twitter banter taking a dig at each other over their tweets on Pearl V Puri's case. Devoleena had slammed members of the television industry for supporting Pearl while showing complete disregard for the minor in the rape case. She asked them to follow due process to support him and not target a minor. Reacting to Devoleena’s tweet, Nia mocked her by saying, “Didi ko koi bata do dharna and candle march nahi kar sakte pandemic hai abhi bhi. Also Didi needs to practice her dance before she makes those pathetic dance reels thinking she’s nailing them.”

In another Tweet she added, “And waise all my tweets were for those who are abusing,trolling & cursing ,naming the 7 yrs old girl a gold digger.Mirchi choti ko kyun lagi?Or May be she is one of them who reacts reading articles without checking the truth & facts.”

ALSO READ: Nia Sharma and Devoleena Bhattacharjee get into a heated argument over their tweets on Pearl V Puri’s case