Director Vinil Mathew’s film Haseen Dillruba is all set to release on Netflix on July 2. The crime drama stars Taapsee Pannu, Vikrant Massey, and Harshvardhan Rane. Aditya Shrivastava also plays the pivotal role of an inspector in the film who investigates the death of the character essayed by Vikrant Massey. 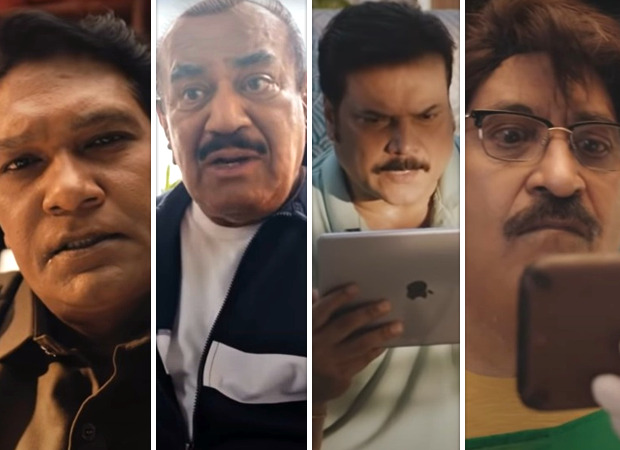 Aditya Shrivastava is widely known for his portrayal of Inspector Abhijeet from the popular Television show CID. Factoring in the popularity of the show, Netflix roped in the other popular actors from CID for the promotional activity of the film, making a reunion of sorts a reality.

Actor Shivaji Satam (ACP Pradyuman), Dayanand Shetty ((Inspector Daya), and Narendra Gupta (Dr. Salunkhe) from CID virtually got together with Aditya Shrivastava for the promotional activity of the film. In the video which is over four minutes, Aditya is seen as his character in the film and approaches the other three for help to solve a case. While the three actors were given new screen names, they retained the mannerism of their characters from CID, making the audiences nostalgic.

Haseen Dillruba focuses on the love triangle between Taapsee Pannu, Vikrant Massey, and Harshvardhan Rane. The gruesome death of a man rocks a small town and casts a shadow of suspicion on his wife. Is she an innocent victim as she claims? Or is she the mastermind behind a cold, calculated murder? What really happened? Nothing is as it seems in this unpredictable tale of love, seduction, and deception.

The story, screenplay, and dialogues are by Kanika Dhillon, music by Amit Trivedi, and produced by T-Series and Colors Yellow Productions, Haseen Dillruba premieres on July 2, 2021.