Janhvi Kapoor turned a year older today and her family has only words of praises to tell about her. While we got a glimpse of her relationship with step-brother Arjun Kapoor on Koffee With Karan 6, we also know that the Kapoor girls including Sonam Kapoor are very close to the Dhadak actress. And now, on the occasion of her birthday, we have Sonam wishing her younger cousin on the day of her birthday in the CUTEST way! 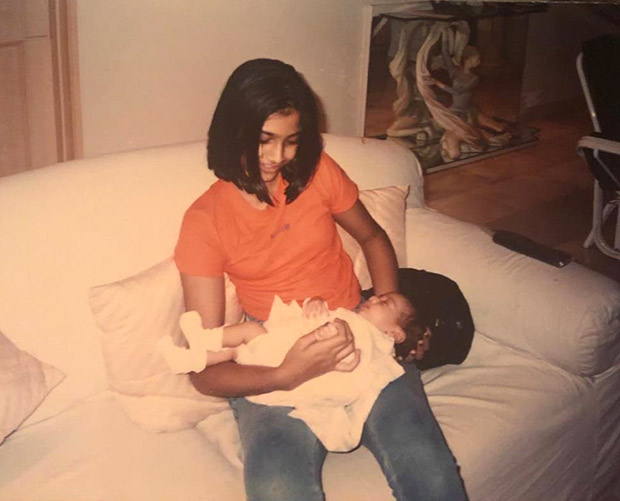 Also, Sonam Kapoor shared one of her fondest memories with Janhvi Kapoor in her birthday special post. The photo features a young Sonam holding the infant Janhvi as the latter rests on her lap. The adorable throwback picture will definitely bring a smile on your face. She captioned the photo saying, “Happy happy birthday baby jannu... all my love baby girl... keep smiling your gorgeous smile.. @janhvikapoor.”

On the work front, Janhvi Kapoor will next be seen in Gunjan Saxena biopic where she plays the role of Indian Air Force pilot fighter who was the first woman to fly to Kargil War. She will also be playing a prominent role in the multi starrer Takht featuring Ranveer Singh, Kareena Kapoor Khan, Vicky Kaushal, Alia Bhatt and Bhumi Pednekar.

As for Sonam Kapoor, the actress last featured in Ek Ladki Ko Dekha Toh Aisa Laga and she will next be seen in The Zoya Factor, the adaptation of a novel by the same name. She will be paired alongside Dulquer Salmaan and will be playing the role of a lucky mascot for the Indian cricket team.