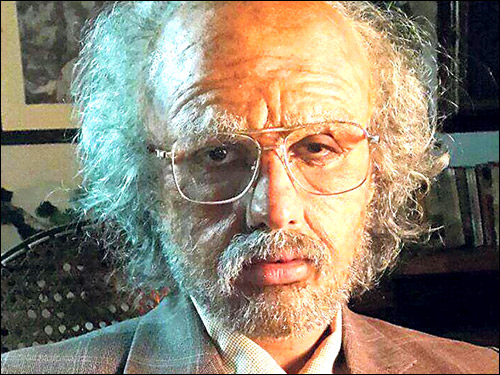 The new age technique of prothestics can change your ethnicity, age, in short, your identity. With the 60 year old Amitabh Bachchan being projected as a 13 year old child suffering from projeria to Priyanka Chopra being cast as the North East Indian boxer Mary Kom, the prosthetics magic seems to have worked wonders in the life of stars.


And now, he is the new one to have joined the league. Remember Ranbir Kapoor playing the role of an old man for a cola brand commercial? Something similar seems to have been the situation of this young actor who hails from a film family. Only a few films old, Arjun Kapoor initially decided to stay away from the endorsement battle that is a part of an actor's career. However, now that the ruggedly handsome actor has entered it with a bang, we get to see the dedication he has invested for an ad commercial.


Yes, this new avatar of Arjun Kapoor is for an ad of the brand he is endorsing. The actor, who was shooting in Romania for the same, has put in all these efforts just for one shot since he is said to have about 12 looks for the commercial.


Arjun Kapoor who is on a new career high after back to back successes in 2014, is awaiting the release of his next film Tevar starring Sonakshi Sinha and Manoj Bajpayee, which hits the silver screen on January 9, 2015. Apart from that, Arjun Kapoor will also be seen in the next adaptation of Chetan Bhagat's novel titled Revolution 2020.