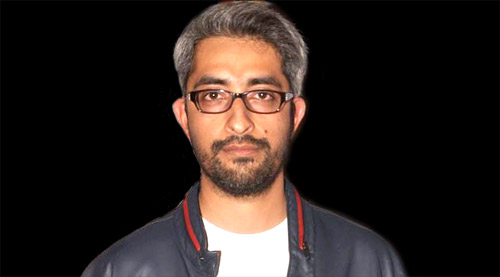 The Tere Bin Laden director Abhishek Sharma is ready with two films. The sequel to his cult comedy about the downfall of the world's biggest terrorist, and, curiously, a remake of Basu Chatterjee's 1982 sex comedy about three leery old men lusting over a young hottie.


So what made Abhishek Sharma switch from the fiercely original Laden saga to the derivative Shaukeens?


"The sheer challenge of doing what has already been done without repeating the earlier material. One of my favourite filmmakers Woody Allen says there is a special challenge in using another writer's material to build your own directorial structure," says Abhishek who feels Tigmanshu Dhulia writing the script of the Shaukeen remake was a big incentive to attempt the remake.


Admits Abhishek, "Under normal circumstances I wouldn't have agreed to do a remake, I am a writer myself. And I'd like to believe I am extremely individual in my vision as a writer. I've always admired Tishubhai's writing. This is his first script that he has written for someone else. When I was asked to direct Shaukeens, I readily agreed because I was sure Tishubhai and I would emerge with something beyond what Basuda (Chatterjee) had already done in Shaukeen."


Abhishek was sure he wasn't making a cheesy film about three old men lusting after a hottie. "I was not going to make a Grand Masti, I was sure of that. Below-the-belt humour is not my scene. Comedy is my chosen language of cinematic expression. Nothing makes me happier than to make people happy. But I won't do anything vulgar. My comedy is observational. I relate to the humour of Jerry Seinfeld .When Tigmanshu Dhulia and Akshay Kumar, who are known for their filth-free humour, were on board, I knew the result would be a comedy suitable for family audiences."


It was an added challenge for Abhishek Sharma to fashion a comedy about three lustful men that was suited for family viewing. "And I am happy to say I succeeded in making that. I am confident the censor board would grant us a 'UA' certificate. Although my three 60-plus protagonists Annu Kapoor, Piyush Mishra and Anupam Kher are attracted to much younger women, there is a vulnerability to their attitude. I believe if you rob your characters of their innocence they are no longer relatable to the audience."


Abhishek refutes rumours that Lisa Haydon replaced Yami Gautam as the lust-point in Shaukeens. "I don't know where that rumour started. When I came into the project after Rumi Jaffrey left the directorial job only two members of the cast needed to be in place. One was Piyush Mishra and the other was Lisa Haydon. I opted for Lisa after seeing her in Queen. There was certain innocence to her sensuality that I needed for the character."


Akshay Kumar plays Akshay Kumar in Shaukeens. But an alcoholic. Laughs Abhishek, "The funniest thing was, both Akshay and I are teetotalers in real life. For a star of Akshay Kumar's stature to be poking fun at his own character is not easy. I don't think our superstars would do that."


Abhishek says he is currently focused on getting Shaukeens ready for its November release. "After that I've Tere Bin Laden 2. Actually that film's shooting was completed when I got the offer to direct Shaukeens. The Tere Bin Laden sequel involves a whole lot of post-production work, hence the delay. But I am glad my two Laden comedies are going to be hyphenated by Shaukeens. I wonder what Basuda will think of it. But one thing is for sure. He would never feel we vulgarized his comedy."