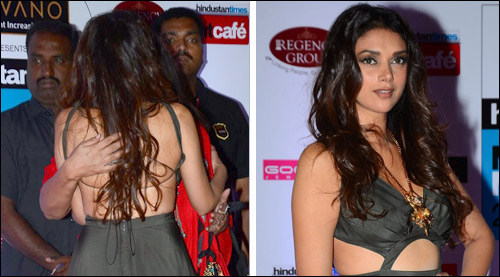 After all the weekend masti, dhammaal and kammaal, here comes the time to be 'dimaag se maalamaal', for here comes everyone's favourite mind boggling game 'Guess Who', which is better known as 'World's Envy, India's Pride'.

This week's mystery guest is one of the most stunning looking girls in Bollywood today. Even though she may not have a long list of hit films tucked under her belt, the very fact that she is a deadly combo of beauty and brains makes her one of the most sought after actress not just in Bollywood but also in the brand arena. A few clues about her is that: Firstly, her name has three words. Secondly, there has been a famous song that was dedicated to her name in a youth centric film that was released a few years ago. Lastly, her last film was a 'colorful' film in which her co-star was called as 'Guddu'.

If you think that you have Guessed who this week's Guess who, guess no further and post your answers below:

Normani shows her 'Wild Side' in sultry…