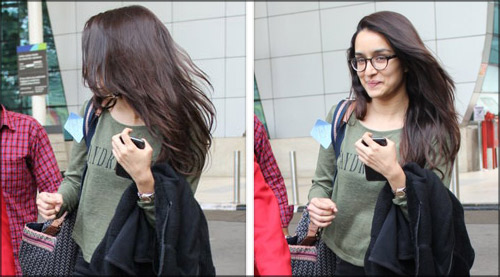 After the long and deserved weekend, here comes the Monday, which says 'Hello' to you all with an infectiously magnetic smile. We, at, Bollywood Hungama, will extend your smile a bit further by making you play the most popular game called 'Guess Who', that is popularly known as 'World's Envy, India's Pride.


This week's 'miss-tery' guest is someone, who is not just a good human being, but also a better singer and a best actress. Even though she is not at all a gambler, still, started her career playing 'Three Cards'. Just as everyone had written her off after her debut film, she bounced back with bang with a musical hit film of all times. What happened after that was that, there has been no looking back for this girl, whose father has been 'One' of the topmost 'Villain' in Bollywood. This girl's latest film has taught everyone the 'ABCD' of dancing.


If you think that you have 'Guessed Who' this week's 'Guess Who', waste no time and write your answers below. You never know what your 'Devotion' will bring to you: