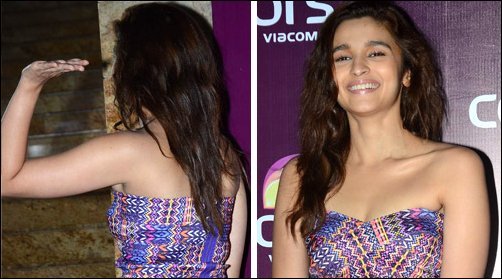 After having been subjected to a weekend full of fun and frolic, no person in the world will ever feel like returning back to the week. Well, as it is always said, 'Like all good things come to an end', the weekend also has ended on a happy note. Till the time you meet the next weekend, let us freshen up your minds with the minty fresh game of 'Guess Who', which is better known as 'World's Envy, India's Pride'.


This week's mystery guest is a 'Miss' someone became famous because she 'Messed' up a popular politician's name. After having made a sensational debut as a 'student', she went onto shower Bollywood with hit after hits. Little did anyone know that she will become one of the most sought after celebrities in Bollywood. Hailing from a film fraternity, it was only 'but' natural that she will take to films as fishes take to water.


If you think that you have Guessed Who this week's Guess Who, then, guess no further and post your answers below: