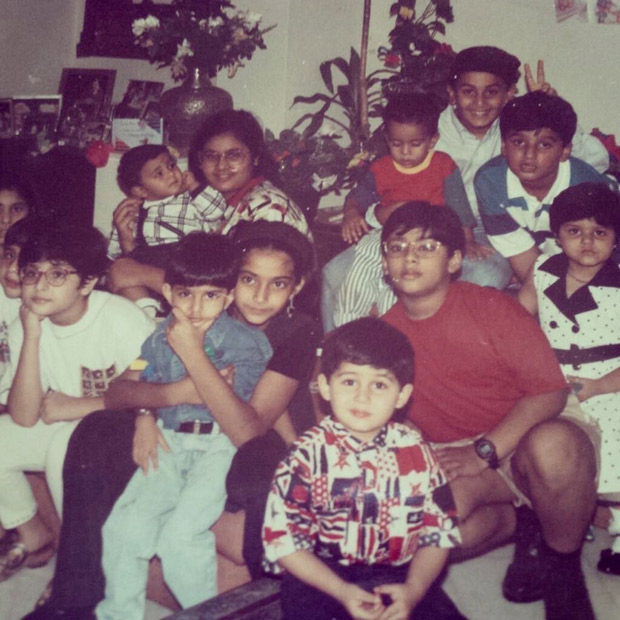 It is no secret that the Kapoors are one of the reigning families in the film industry. They are close to each other and sort of give Hum Saath Saath Hain vibes. Although not everyone in the clan shares the same surname, they are now in the film industry enjoying their stardom.

On the occasion of Children's day, Arjun Kapoor shared a photograph from his childhood days featuring his siblings and close friends from the industry. In the picture, one can see Sonam Kapoor, Rhea Kapoor, Harshavardhan Kapoor, Anshula Kapoor, Mohit Marwah, Ranbir's cousin Armaan Jain amongst others.

Arjun Kapoor captioned the image as, "Since it’s children’s day let’s see if u guys can guess all the children who became actors in this major throwback picture !!! Photo credit - @rimosky. Hint - not all of them have the surname Kapoor but we all are related...let the guessing game begin..."

On the work front, Arjun Kapoor is currently in Delhi shooting for Sandeep Aur Pinky Faraar with Parineeti Chopra. The film is helmed by Dibakar Banerjee and is slated to release on August 3, 2018