It was music's biggest night as the 2020 Grammy Awards took place on Sunday (January 26) at the Staples Center in Los Angeles. Many bigwigs were in attendance, several gave stunning performances and many took home the trophies. It was a big night for Billie Eilish as she became the youngest artist to take home four major honours along with her brother Finneas. It was also a big night for South Korean septet BTS who made their debut on the grand stage alongside Lil Nas X, Nas, Mason Ramsey, Diplo, and Billy Ray Cyrus. 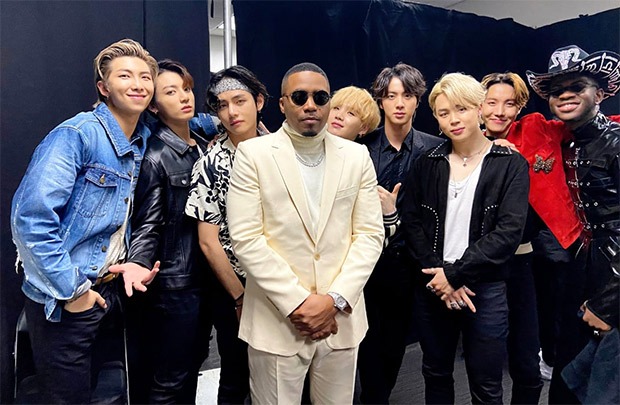 Attending the Grammys for the second time in the row, BTS members RM, Jin, Suga, J-Hope, Jimin, V, and Jungkook, performed the remix of Lil Nas X' 'Old Town Road'. RM, leader of BTS, has been featured in the remix 'Seoul Town Road' as the original song went on to chart on Billboard Charts for 19 weeks. As it was a dream come true for BTS, they also got to meet one of their musicians of all time - Nas. They shared photos on their official Twitter handle and wrote, "with Big @Nas & @LilNasX."

Nas is an American songwriter, rapper, an entrepreneur who is a co-founder of Mass Appeal Records. Nas has 13 Grammy nominations altogether. In 2013, the eldest member Kim Seokjin had tweeted about his wish to meet Nas. In 2020, that dream has come true for all the seven members. 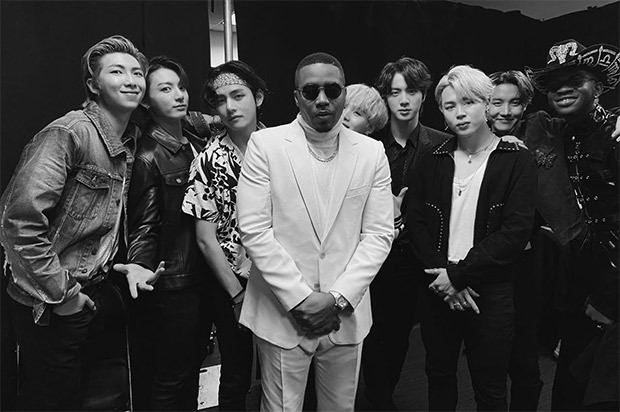