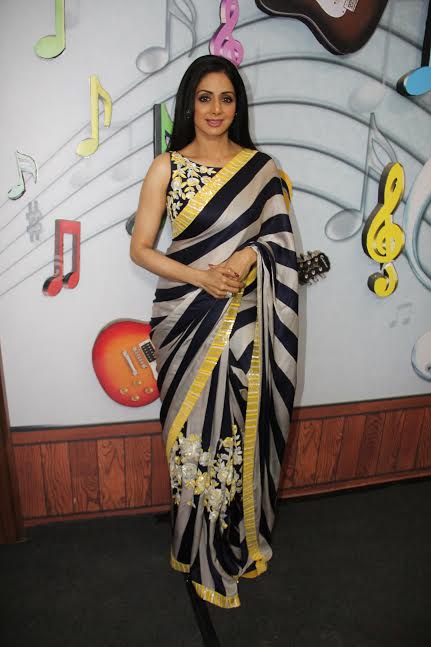 It’s not every day that one gets to see the ageless diva Sridevi promoting a film. After having starred in the hit film English Vinglish and the dubbed film Puli, Sridevi is now all set to stir your emotional cords with her upcoming film Mom, for which she is going all out to promote the film.

As a part of Mother’s Day and also Mom’s promotions, Sridevi and the music maestro A.R. Rahman recently visited the sets of the singing reality show ‘Sa Re Ga Ma Pa Lil Champs’. While A.R. Rahman was at his ‘composed’ best, Sridevi look absolutely stunning in the stripped saree. Together, Sridevi and A.R. Rahman were nothing short of magic. Besides the contestants, even the judges and the host of the show were reportedly mesmerised with the presence of them both. 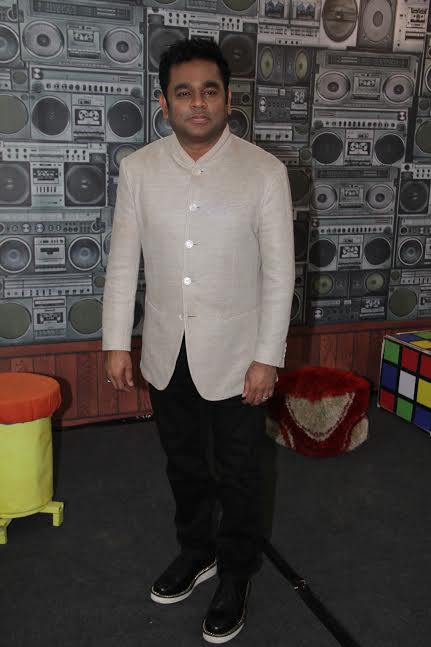 While Mom is being produced by Boney Kapoor, Sunil Manchanda, Naresh Agarwal, Mukesh Talreja and Gautam Jain, it is being presented by Zee Studios. This Ravi Udyawar directed film has its music composed by A.R. Rahman. Besides Sridevi, Mom also stars Nawazuddin Siddiqui and Akshaye Khanna in pivotal roles. The film is slated to release all over on July 7 this year.