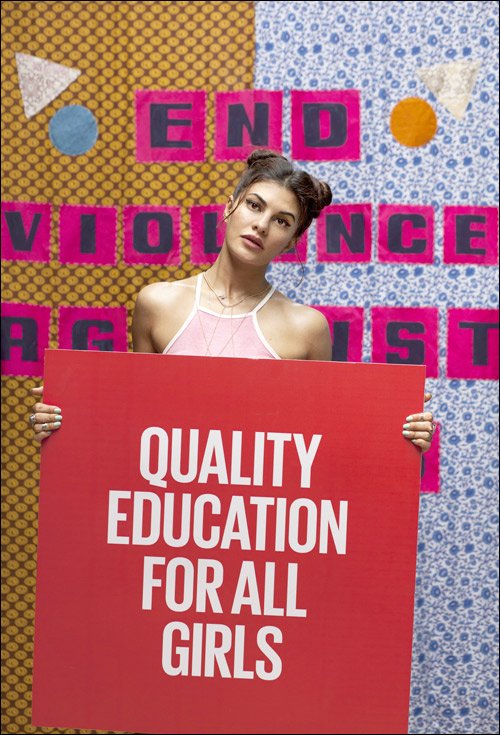 20 years on, a remake of the Spice Girls' 'Wannabe' video, featuring artists from India, Nigeria, South Africa, UK, USA and Canada, tells world leaders what girls and women really want in 2016 to achieve the Global Goals. Project Everyone, in partnership with Getty Images and SAWA, the global Cinema advertising association, releases a new film #WhatIReallyReallyWant
as a part of the Global Goals campaign for girls and women.

MJ Delaney of Moxie Pictures directed this remake of the Spice Girls' 'Wannabe' video, featuring artists from around the world including Gigi Lamayne and Moneoa from South Africa, Seyi Shay from Nigeria, Bollywood actress Jacqueline Fernandez from Sri Lanka, M.O from the UK, Taylor Hatala from Canada and Larsen Thompson from the USA. In September 2016, World Leaders will mark the first anniversary of the adoption of The Sustainable Development Goals. These goals aim at solving major crisis all over the world with a mighty plan to end poverty, fix climate change and address inequalities over the next 15 years among others. Project Everyone with partners from across the world, have convened the first Global Goals campaign to fight for Goals which are famous, financed and focused on girls and women.

This week, on the 20th anniversary of the release of the Spice Girls' Wannabe video, the campaign will mark twenty years of Girl Power with an updated version #WhatIReallyReallyWant. The film reflects the voices of girls and women all over the world telling world leaders what goals they 'really really want' to be achieved to help improve their lives. 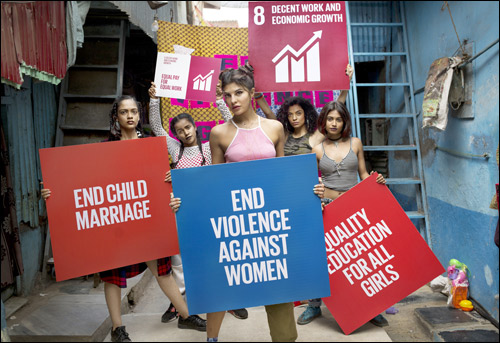 Speaking about it, Jacqueline Fernandez, who hails from Sri Lanka said, "Gender discrimination has to stop and the global community has to start putting girls first. We need to create a community where girls feel strong, safe and supported and have equal access to education, technology, health and sanitation. What I really, really want is for people to recognize the potential of girls when they are allowed to study instead of doing household chores. And what I really, really want is to end violence against women. I want women to feel powerful and beautiful. Nothing can stop us once we are given equal opportunities and are allowed to flourish in a secure, supportive environment. The world needs a dose of girl power and that's why I'm supporting the Global Goals campaign for girls and women."

The film will be screened in SAWA member cinemas internationally between July and September 2016, distributed globally through Unique Digital, and will form part of a social media campaign calling on people to share a picture of #WhatIReallyReallyWant for girls and women.

Jacqueline Fernandez shares selfies with her…

"I am trying to do as many courses as I…