Esha Deol and Hema Malini came together as showstoppers for Sanjukta Dutta. The theme and concept behind her design was to empower the weavers of Assam. Esha looked breathtakingly beautiful as a blushing bride while mom Hema wore an Assamese Chaddor and looked ethereal in the same. At the time of photo-op, an unlikely phenomenon occurred. While both mother and daughter posed for paps, Hema asked Esha to elaborate more on her upcoming web series Cakewalk. As she was begining to talk, she was interrupted by the host as according to the protocol of the event, the designer was supposed to speak about the collection because there was no time for media interaction. Esha did not like being interrupted while she was excitedly beginning to talk about her new web series and hence asked the media to consult the host for answers instead. Check out the full video below to know what happened EXACTLY. 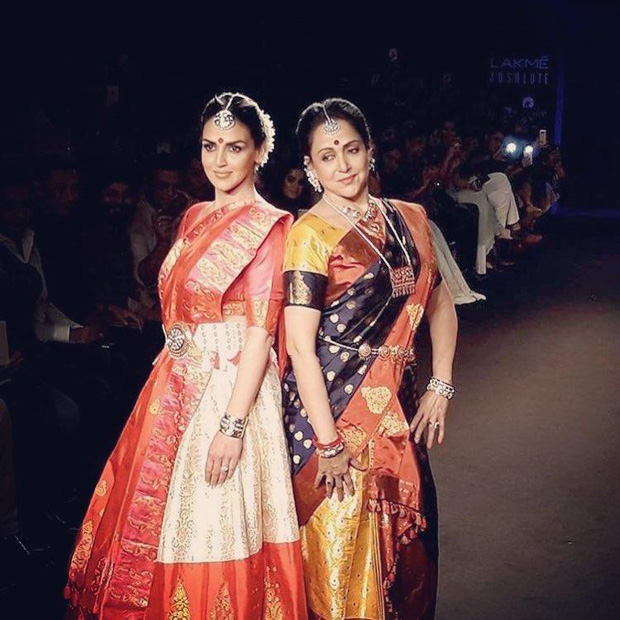 Esha shared inside pics from the event and wrote a beautiful message for mom Hema. She wrote, “Walking the ramp with my most comfortable partner my mother @dreamgirlhemamalini for the awesome talented designer @sanjukta_dutta_ @lakmefashionwk @ramkamalmukherjee @cakewalkthefilm ! Our best wishes to you @sanjukta_dutta_.”