Suhana Khan is in the town and her trip of course is incomplete without meeting up with her homies! She recently caught up with her BFF Ananya Panday and well the girls had a lot they could talk/giggle about! The girls caught up for dinner and were all smiles. It was evident that they had a hush hush discussion about something and they just could not stop laughing about it. Now, it sure has piqued our interest as now we want to know what the whole fuss was about! Now, while Ananya is all set to make her big debut with Student Of The Year 2, her pals Shanaya Kapoor and Suhana Khan are waiting in the wings to announce their debut! It is clear that all three want to be actors. 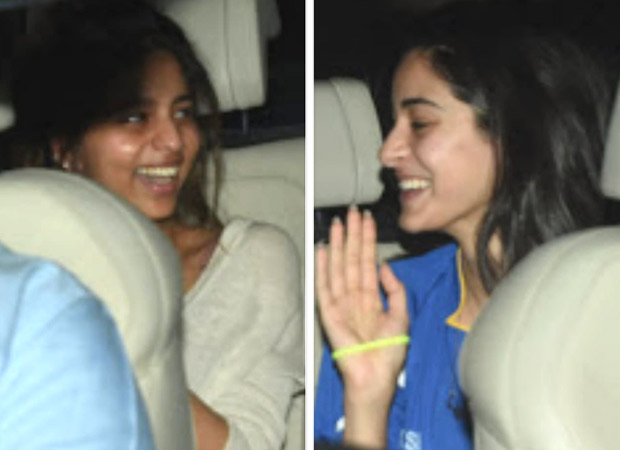 Despite this, the three are thick as ever and are pretty close to each other. Whenever they are in town they meet up for sleepovers or casually otherwise for dinners or brunches. Suhana is currently studying to be an actor and has been a part of many theatre projects including Romeo Juliet. Shanaya on the other hand is working very hard on her Bollywood debut although there is no tangible information on the same, yet.

According to Shah Rukh Khan, she still has a couple of years to go until she is completely ready to take on Bollywood! Until then here is all we get to see of her.