1. Lage Raho Munnabhai: Sanjay Dutt’s conversations with Mahatma Gandhi in this ode to the lost spirit of Gandhism were among the most humanizing works of cinematic art in living history. Dutt, otherwise known to play the gangster, and director Raj Kumar Hirani who stands accused of some very un-Gandhian activities, brought the spirit of Gandhi out of dog-eared books in libraries into every living room. 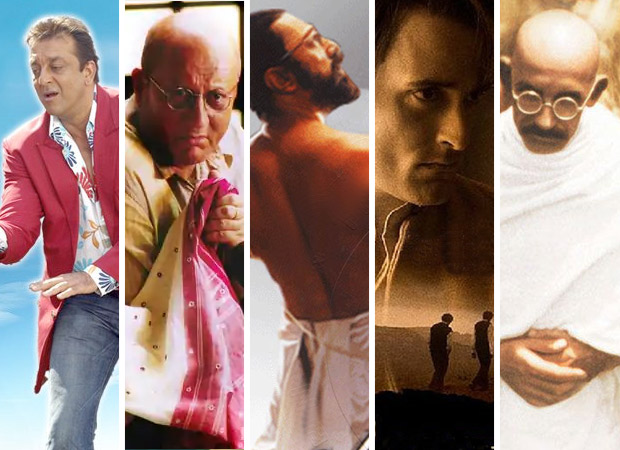 Gandhi Jayanti Special: 5 Films to remind us of the significance of the Mahatma

2. Maine Gandhi Ko Nahin Mara: Anupam Kher not only produced this gem of a film he also starred as a Gandhian patriarch suffering from memory loss, who feels guilty about the Mahatma’s assassination. The film wove a pastiche of memory, guilt, nostalgia and a crisis of morality all together in a lucid mix that the great man himself would surely have enjoyed. Not you, Anupam. Gandhiji.

3. Hey Ram: Perhaps Kamal Haasan’s most coherent directorial work to date. Like all of Kamal’s work the narrative rambled on and on. But what stood out was the filmmaker-actor’s immovable faith in the teachings of Gandhiji to move mountains. Naseeruddin Shah made an appearance towards the end of the film as the Mahatma. In my opinion he was the best Gandhi I’ve ever seen.

4. Gandhi My Father:The human side of Mahatma Gandhi, this daring film tracked Gandhiji’s troubled relationship with elder son Harilal who went astray for the lack of paternal care. Gujarati actor Darshan Jariwala was effective though not outstanding as Gandhiji. But the focus was on Akshaye Khanna as the troubled persecuted son Harilal. Incidentally Anil Kapoor produced this film directed by stage director Feroz Khan. This film caused a temporary rift between best friends Anil Kapoor and Anupam Kher as Anupam felt Anil was stealing the thunder away from his Maine Gandhi Ko Nahin Mara.

5. Gandhi: Richard Attenborough’s bio-pic! Need anything more be said? Director Attenborough and actor Ben Kingsley as Mahatma Gandhi did what no Indian filmmaker or actor has ever done for the Mahatma. The film made him a household name. Take a bow again, Mr Kingsley.