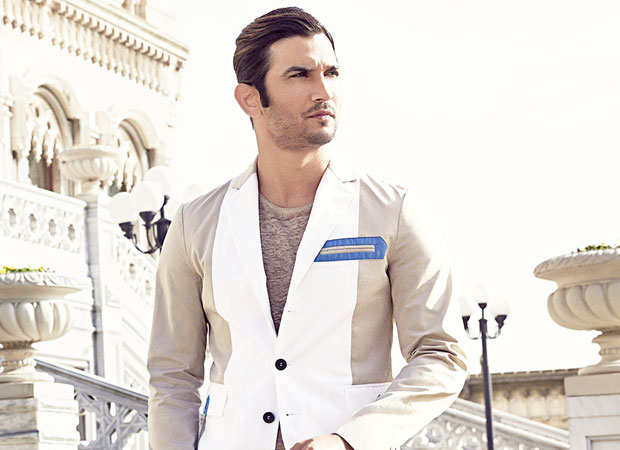 2013 - This was the last time when Sushant Singh Rajput could show his moves in front of the camera. The film was Shuddh Desi Romance and the actor could jive on some song and dance routine with Parineeti Chopra for this Yash Raj Films affair. Now it is only four years later that he is able to dance all over again, courtesy his newest outing Raabta.

"Between Shuddh Desi Romance and Raabta, it has been one long wait for Sushant," comments an observer, "In the interim period he has done films like PK, Detective Byomkesh Bakshy and M.S. Dhoni - The Untold Story. PK had him in just a guest appearance, Detective Byomkesh Bakshy required him to play a serious detective while M.S. Dhoni - The Untold Story had songs but no dances. After all, you can't really show Dhoni to break into a jig either at a club or around the trees. It was the choice of films that he did which restricted Sushant from showing his dance moves."

However, the actor was busy practicing on floor all through these years and was ready for the eventuality when it came down to shaking a leg or two.

"This is the reason why producer-director Dinesh Vijan was more than excited when an opportunity came in the narrative of Raabta which required Sushant to let his hair down," informs a close associate of the filmmaker, "The song in question was 'Sadda Move'. Pritam along with lyricists Amitabh Bhattacharya and Irshad Kamil had designed it as a special song which resonated with the spirit of 'Mauja Hi Mauja' [Jab We Met] and got into the groove of 'Aahun Aahun' [Love Aaj Kal]."

What further made the song special was the fact that Punjabi superstar Diljit Dosanjh, who has a wonderful hold over music, was more than willing to playback for Sushant and along with him came Pardeep Singh Sran and rapper Raftaar.

"Together, this was a team that set the stage for Sushant and now it was on the actor to exclaim loud and clear and show to the world - 'Sadda Move'," our source adds, "One look at the video and it is quite apparent that Sushant is truly enjoying his stint as a dancing hero. You haven't really seen Sushant dancing in such kind of modern avatar even in his earlier films like Shuddh Desi Romance or debut flick Kai Po Che! This one is a new Sushant for the audiences and they are in for a treat since the actor is pretty much occupying the floor firm and strong."

As for the song in itself, 'Sadda Move' has made it possible in the quickest time possible to head into the list of favourites for the DJ community. After all, with Pritam being ultra-selective about the work that he does, his yet another collaboration with Dinesh Vijan and T-Series after Love Aaj Kal and Cocktail is expected to result in quite a few chartbusters all over again.