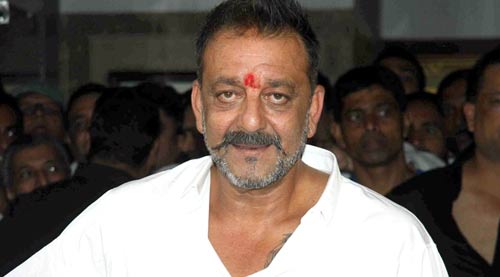 Like ever year, this year too, the much awaited 'India Today Conclave' took place on March 17 & 18, 2016 in New Delhi. Besides other speakers, this year, all the eyes were glued to the one and only Sanjay Dutt, who was expected to bare his heart out in his speech.


Every single word that Sanjay Dutt spoke about only resonated his pain and agony during his tenure in the jail. Recalling his dreaded days in Yerawada jail, he said that his day used to start at 6 and as the day passed, he used to crib, cry and remember his family. To make things worse, he was in solitary confinement due to security reasons. But, after all the ordeals, the day when he was being released, the jail officials said 'Baba we will miss you'. Dutt revealed, "It's totally wrong that I had got VIP treatment when I was inside the jail. I was even treated worst than any other normal convict in there because everybody felt that I was getting special treatment. I felt that I was back in the British days when the culprits used to sit whenever there was the entry of the Superintendent and wait for him to pass".


Speaking about his tenure in jail and what freedom meant to him today, he said, "To feel free it will take a little time. It's not just 5 years in jail but 23 years with the case going on, wherein there were restrictions and permissions to be taken. I am trying to get a grip to feel free again, which will take some time." Amongst the many things that he spoke about, he also said that he was a patriot and could have never thought of harming the country. He added besides the many things that he learnt, the most important thing that he learnt was the country's law. As for freedom, he said, "I have come out. I am new. I have learnt a lot there. I have no regrets of being there. I have taken it in the positive way. I went in with a 110 kgs, with a pot belly, and I came out 40 kgs less. I learnt more about the Hindu religion, I love Bholenath Anand. I read about him. Where would I have the chance to do all that."


While he thanked the fellow Indians for having stood by him during his testing times, he also said that he never let his father down and that his father knew that whatever he may have done, it was devoid of any act of terrorism. Readers may know that, Sanjay Dutt, who was classified as a semi-skilled worker in prison, received Rs. 440 for making paper bags and khaki envelopes while serving his time in prison. Speaking about the money that he had earned (by doing odd jobs like carpentry etc...) whilst his stay in the jail, he said that he gave the money that he had saved in jail to his wife Manyata Dutt. In the same breath, he said that his hands had become like rock and that he just didn't want his kids to see him in jail uniform.


Speaking about the jail, Sanjay Dutt said that he was not aware of the reason as to why the authorities were not changing the jail manual, which had become outdated. He also (jokingly) added that, if anyone wanted to lose weight, there's nothing like jail.


Dutt confessed, "I have always used my heart for whatever I have done in my life. I think that I have learnt a lesson. I promise you, I promise you, I promise you, that I will never get into trouble again". He also said that he has finally grown up and become a little bit clever by using 50% of heart and 50% of mind. He added that he did not have any issues with people who left him during tough times.


While Sanjay Dutt confessed that, even though he had given a tough time due to his parents, he became a better human being. That's when he recalled his father's words that stated, "If you are scared of me, you're doing something wrong, but if you respect me, then you love me". He also confessed to the fact that after having told his father about his drug addiction, he went to US and got treated. In the same breath, Sanjay added that it has been 40 years now and he had never looked back to drugs. With all these experiences, he, now wanted to work for jail reforms and work with youth on anti-drug campaigns.


When asked about the food habits whilst in the jail, Dutt said "Food was terrible. I ate 'chane ki dal' for one year and a certain vegetable called 'Rajgira' that resembled 'paalak' and it's not edible at all. When I asked someone 'Ye kya hai', he said that it was 'Rajgira'. And when I asked him 'Ye kaun khaata hai, he said 'Gadhe bhi nahi khaate".


Sanjay Dutt, who feels that nobody should take freedom for granted, said that when one is drowning, he tends to grab every straw. He looked upon every option to get freedom in the same fashion. And when he was asked about Raju Hirani (who had directed the cult 'Munnabhai' series and who is presently making his biopic), Sanjay Dutt said that he did not know as to how Raju Hirani would put his entire life in two hours in a biopic


Lastly, when asked about the zillion (and counting) fan base that Dutt has, he quickly replied that he neither wanted to be a 'Munnabhai' nor a 'Khalnayak', because all that he wants to be now is merely be Sanjay Dutt and stay away from politics.