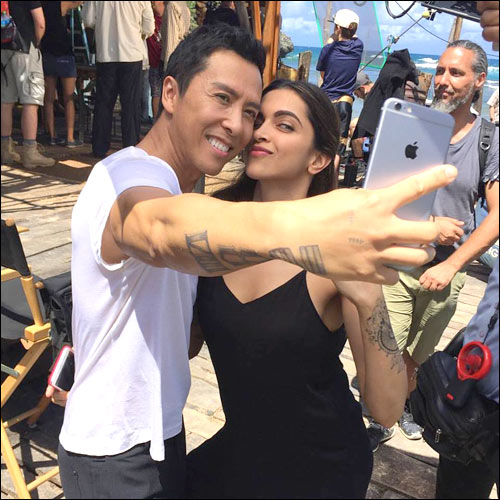 Yen who is best remembered for his role as the legendary IP Man in the martial arts films by the same name, posted the selfie he clicked with Deepika on his twitter handle saying, "Snapping a selfie with the beautiful Deepika in the land of Dominican Republic. Truly an amazing international casts!"