Kangana Ranaut has turned a year older today and we wish her all the happiness for the upcoming year. While the actress will be seen in Manikarnika - The Queen Of Jhansi and Mental Hai Kya in the upcoming year, one cannot deny the fact she is known more for her controversies than her movies. We have found an old clip of Kangana speaking exclusively to Bollywood Hungama and oh, Hrithik Roshan. While she spoke about her character in Krrish 3 (the last time she shared screen space with the Super 30 actor), she could not stop waxing lyrical about her co-star, whom she was dating then (but we did not have this information back then). 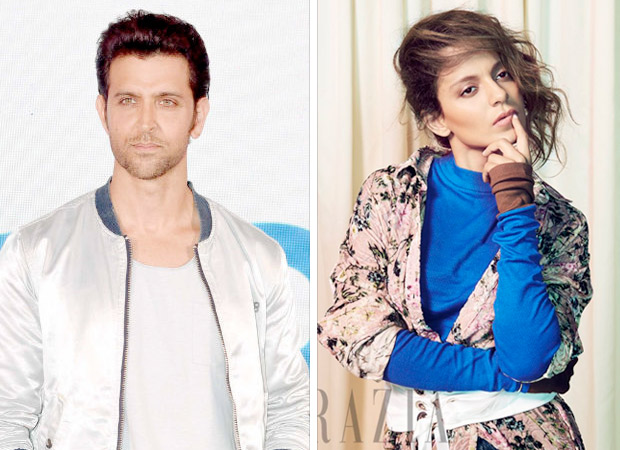 So what did Kangana Ranaut exactly say?

Kangana Ranaut claims that when it comes to doing action sequences, there is no one like him. Further, she admits that she has been friends with him for long and that he is soft, gentle, caring human being who makes everyone comfortable around him. Oops! Kangy sure will retract to these statements now. Lot went down between these two after 2013 (when Krrish was released) and it is sort of believable that Kangana was totally in love with her co-star back then.

In interviews after her famous legal battle with the Greek God, Kangana Ranaut claimed that Hrithik and Rakesh Roshan pursued her for over six months to do Krrish 3 before she finally relented. Among many other things, she accused him of mental harassment and causing her emotional stress by leaking her private emails to him in public. She even demanded that he apologise publicly to her. We are proud of her because she did not stand up to a Bollywood bully but took a stand for herself.