For all Vidyut Jammwal’s fans and fitness freaks, it’s going to be a rare sight to see their favourite actor relishing some pancakes with his younger co-star on the sets of Vipul Amrutlal Shah’s highly-anticipated movie, Sanak, directed by Kanishk Verma. 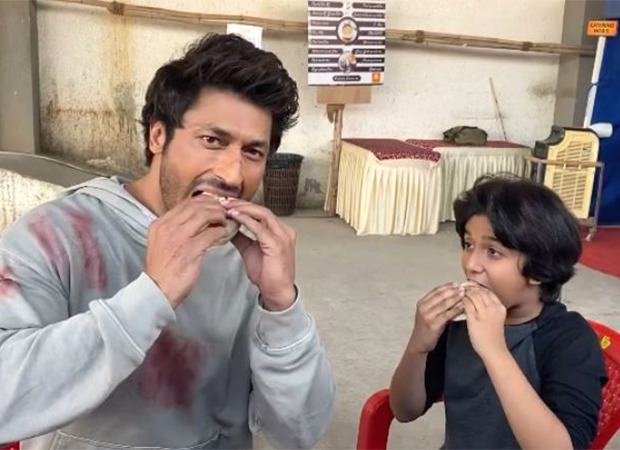 Director-producer Vipul Shah certainly knows how to keep the cast and crew of his movies happy. The latest on-location video shared by Vidyut on his social media is a testament of the same. Known for his fitness and flexibility, Vidyut can be seen feasting on pancakes with his child co-star, Harshdeep Alag.

A source from the sets of Sanak informs, “The cast and crew are certainly spoilt for choice, in terms of food on the sets of Vipul sir’s projects, as they offer a wide variety of delicious food throughout the shoot schedule.”

In his Instagram post, Vidyut has mentioned, “Training him to never CHEAT.. I don’t believe in Cheat meals.. I eat what I crave for.. MENTAL happiness BHI KOI CHEEZ HOTI HAI.. #SANAK #sunshinepictures #yummySHOOTINGsnack #HarshdeepAlag

In the video, Vidyut can be seen bonding with Harshdeep as he pours some honey on the pancakes after getting his colleagues thumbs-up on it not being unhealthy.

Vipul has brought successful movies like the Commando franchise, Holiday, Singh is Kinng, Force and many more. These films are fresh in the minds of the audience even today where he has always produced content that ages well. With Sanak, we can expect another great story in the making. It needs to be seen what action-packed ace card is up Vipul's sleeves this time around. The poster of Sanak launched at the beginning of this year created a lot of buzz and immense anticipation.