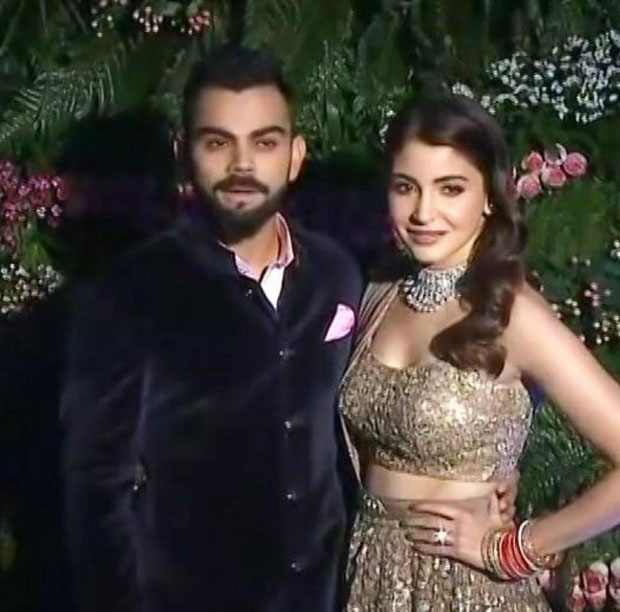 The power couple, Anushka Sharma and Virat Kohli, got hitched in a beautiful destination wedding in Italy on December 11 in the presence of their family and close friends. The pre-wedding functions comprised of Mehendi, haldi and sangeet ceremonies and the post-wedding function was a DJ party in Tuscany. Post their wedding, the newlyweds reportedly headed to Rome and Finland for their honeymoon. 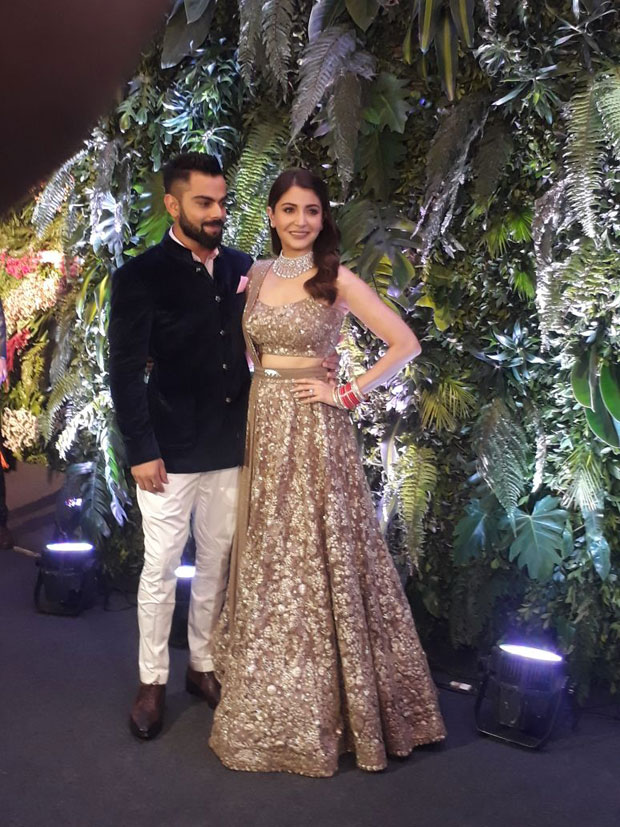 On Tuesday, December 26, Virat and Anushka had the second wedding reception for all their family and friends in Mumbai. From film industry colleagues to Indian cricketers, everyone was seen at the reception. Virat looked dashing a bandhgala blue coat with white pants whereas Anushka Sharma looked regal in the golden heavy embroidered lehenga. 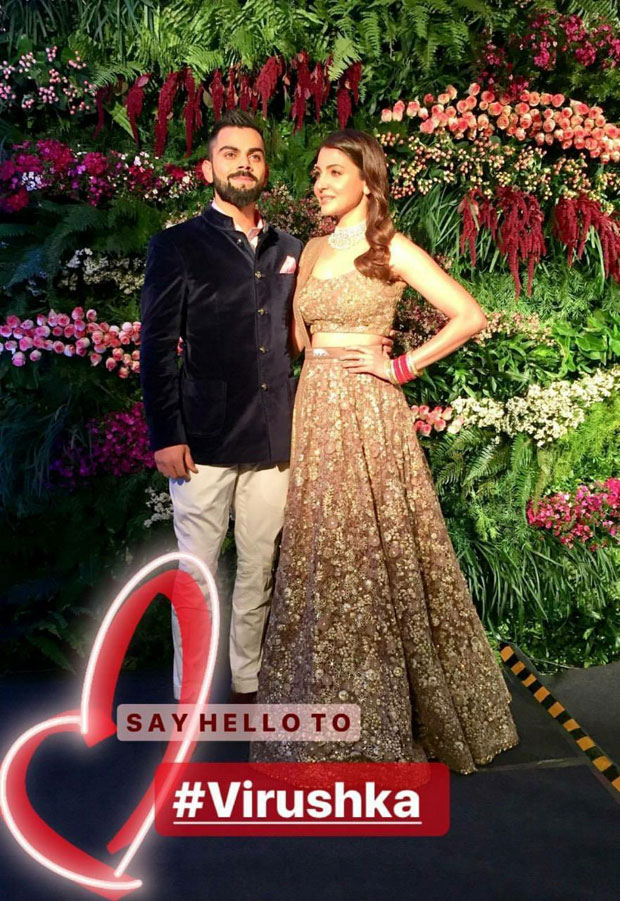 Last week, the newlyweds returned from their honeymoon trip and had a grand reception in New Delhi which saw many Indian cricketers, big-wigs and Prime Minister Narendra Modi as guests.

Post the reception in Mumbai, Anushka Sharma and Virat Kohli will travel to South Africa where Virat Kohli will start prepping for the upcoming series and Anushka will spend New Year’s Eve with him. 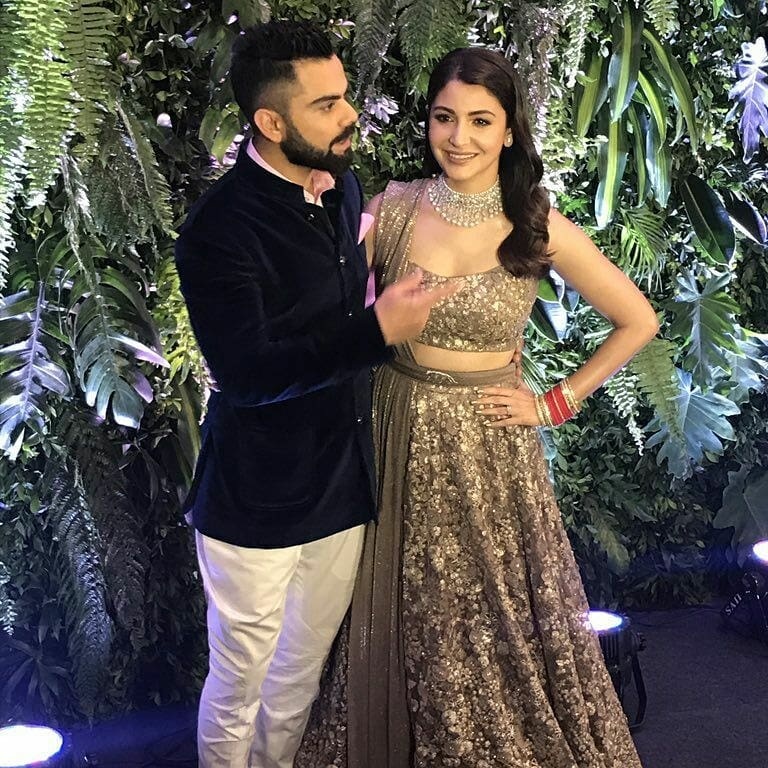 On the work front, Anushka Sharma will return to Mumbai in January 2018 to begin the next schedule of Aanand L Rai’s film with Shah Rukh Khan in Mumbai. Anushka will start the promotions of Pari which is releasing on 9th February. She will also start prepping for Sui Dhaaga– Made in India as the shooting for the same starts in February 2018 with Varun Dhawan. 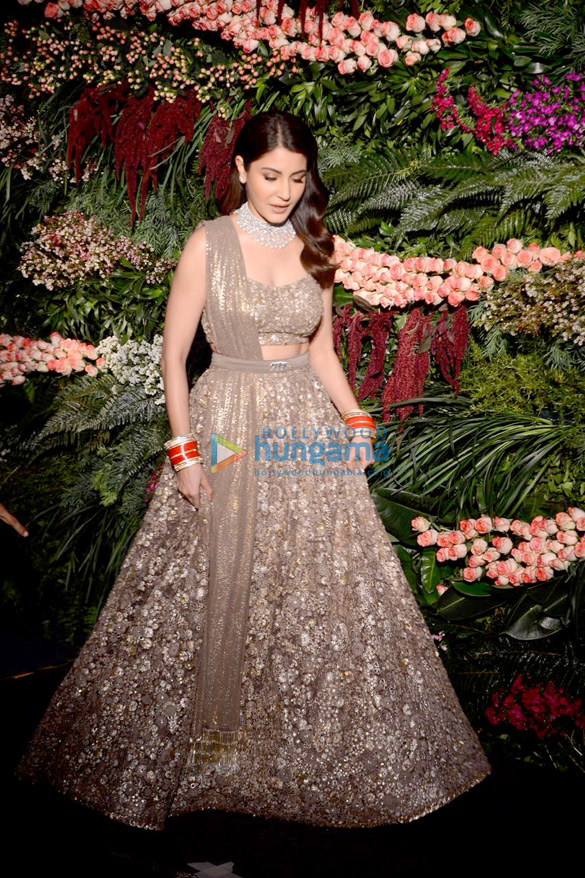 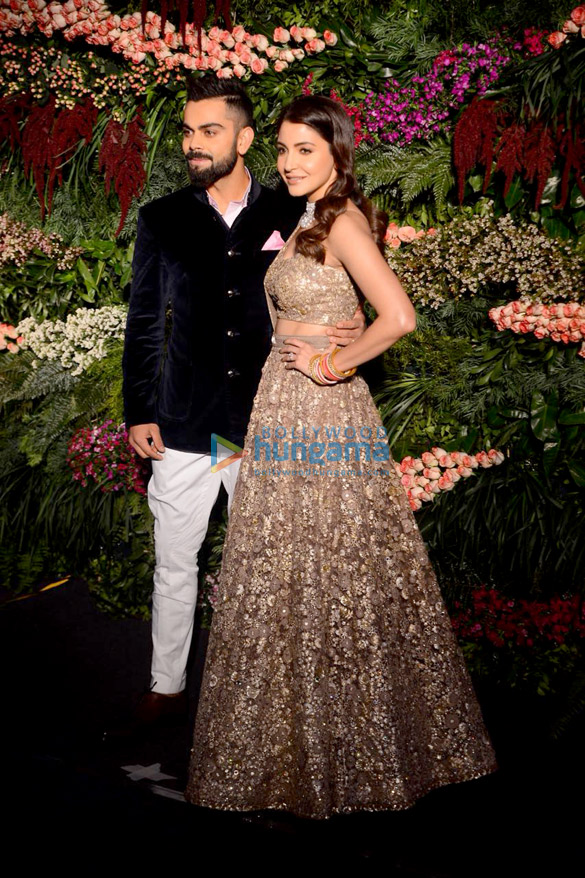 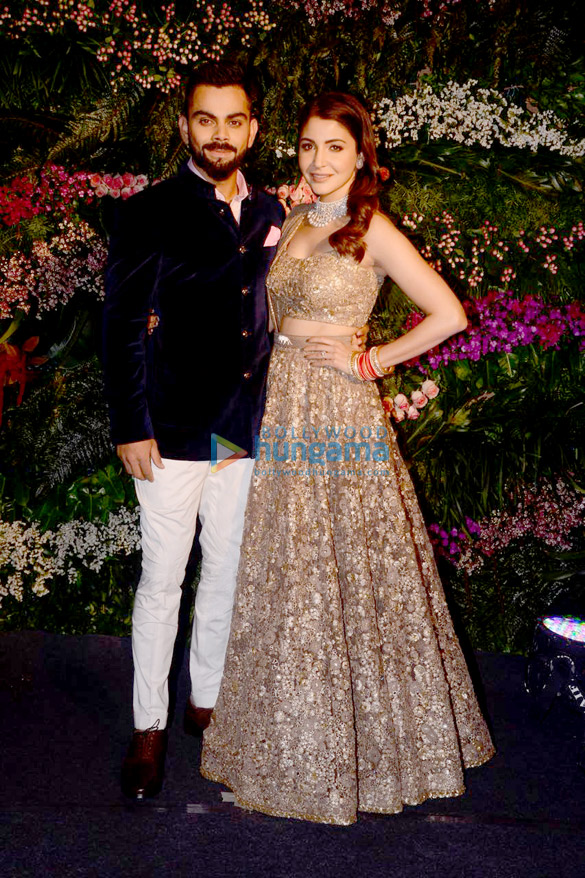 Must Watch: @imVkohli and @AnushkaSharma at their GRAND RECEPTION in #Mumbai #Virushka #VirushkaReception #CoupleGoals pic.twitter.com/gHqjA2TeD8