The much-in-love couple Priyanka Chopra and Nick Jonas finally tied the knot in a beautiful Christian service at Umaid Bhawan Palace in Jodhpur on December 1. For the Christian service, Priyanka wore a beautiful Ralph Lauren custom made wedding gown and Nick wore the same designer looked as handsome as ever in a black tux. And the beautiful ceremony was officiated by Nick’s father Kevin Jonas Sr. On December 2, the couple got hitched again following the following the Hindu rituals. Nick gave a beautiful speech post the wedding which left PeeCee in tears. 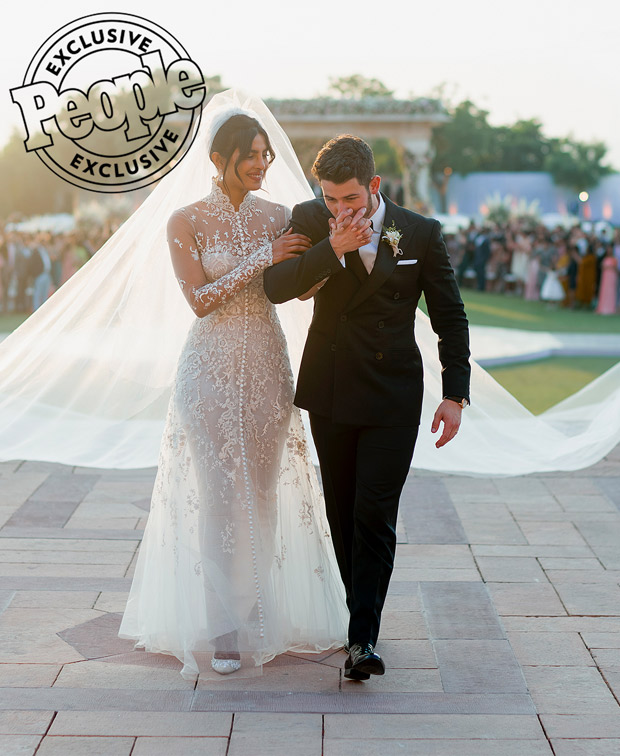 PEOPLE Magazine exclusively has finally released official pictures from the two wedding ceremonies and they are absolutely stunning. Priyanka looked like a dreamy bride a custom-made Ralph Lauren white gown with a long trail which was handled by several people. Madhu Chopra, her mom, walked her down the aisle as he father Ashok Chopra passed away in 2013. According to the magazine, she wore a hand-beaded and embroidered gown with a stunning 75-foot long veil. She carried a bouquet of hyacinths and tuberoses designed by Jenya Flowers (NYC). The wedding had 12 groomsmen, 12 bridesmaids, four flower girls and a ring bearer. All the looks were designed by Ralph Lauren. 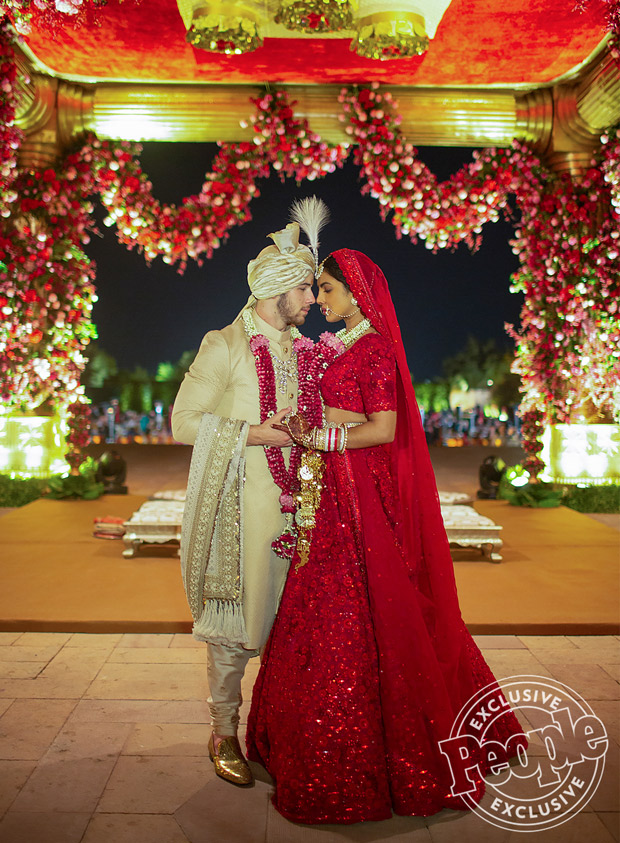 For the Indian wedding, Priyanka Chopra looked regal and radiant in a traditional Sabyasachi Mukherjee lehenga. The designer took to Instagram to share the details on how the look was created. He wrote, "Hand-embroidered and hand-cut organza flowers, French knots in silk floss, delicate Siam-red crystals and layer upon layer of threadwork embroidery creates this piece of impossible couture. 110 embroiderers from Calcutta, India took 3720 hours to create this modern masterpiece. As an ode to the resplendence of Mughal jewellery, her wedding jewellery was crafted with uncut diamonds, emeralds and Japanese cultured pearls in 22 karat gold and had delicate tiny stars in uncut diamonds to give a sense of whimsy to an important traditional piece."

Not only Priyanka, but Nick Jonas was also seen in Sabyasachi sherwani. The designer revealed, "Nick Jonas wears a hand-quilted silk sherwani with a hand-embroidered chikan dupatta and a chanderi tissue safa. His rose cut kalgi and Syndicate diamond necklace are from the Sabyasachi Heritage Jewelry collection." 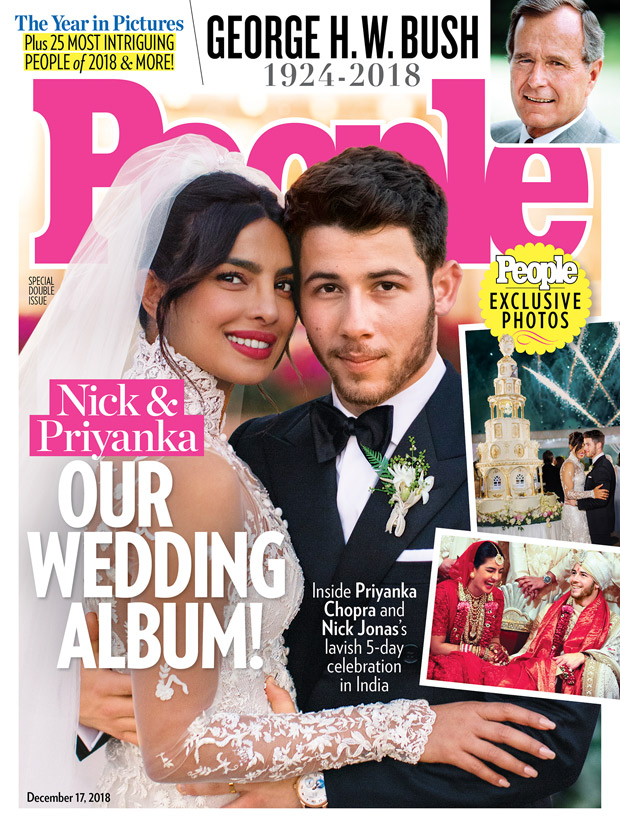 In a video released by People, Nick's brother Joe Jonas is seen getting emotional as he hugged Nick before the wedding. Following two different traditional weddings are Nick Jonas' idea. “It melted my heart,” said Priyanka Chopra. “Being able to have two big weddings, in India, with our closest family and friends was unbelievably special.”

Priyanka Chopra could not hold her emotions as she teared up while walking down the aisle. “It was all tears. All tears. I could not hold it in. I think I was nervous and scared. But as soon as the curtains opened, and I saw his face it was just like everything settled and I knew I was making the best decision of my life.” 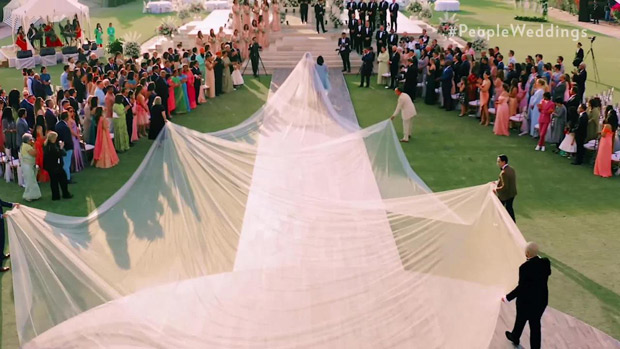 Nick Jonas was also emotional during the ceremony. "The emotions were running high during the ceremonies, I think especially during the Western wedding for me. You know you think your whole life about that moment. Honestly, I could not have imagined it would be as perfect as it was. It was highly emotional.”

Let them eat cake! We can't get enough of #NickJonas and #PriyankaChopra's wedding. Grab a slice and head to the link in bio to get your fill of this spectacular wedding. (????: (c) Purple People America, LLC and NJJ Entertainment, LLC 2018. Wedding footage by @calebjordanlee of East West)

When you finally put a ring on it ???? Tap the link in bio to watch #NickJonas and #PriyankaChopra's wedding special that's making us *jealous.* (????: (c) Purple People America, LLC and NJJ Entertainment, LLC 2018. Wedding footage by @calebjordanlee of East West)

*Deep sigh* Can someone please tell us how to find a #NickJonas of our own? ❤️ Click the link bio to watch Nick and #PriyankaChopra make it official! (????: (c) Purple People America, LLC and NJJ Entertainment, LLC 2018. Wedding footage by @calebjordanlee of East West)