One of the highly awaited films of the year is Shah Rukh Khan starrer Zero. The film, starring Anushka Sharma and Katrina Kaif, is helmed by Aanand L Rai. The actor is set to star as Bauua Singh, a dwarf in the film. While the trailer will be unveiled in a grand way on his birthday on November 2, a few of the industry and media folks got early viewing of the trailer and they are praising the actor a lot. 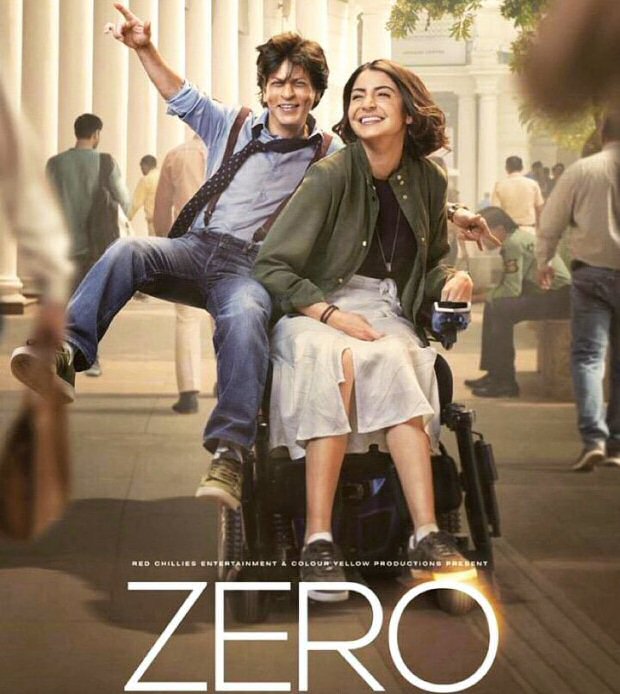 Meanwhile, SRK dropped two posters from the film giving a glimpse of his chemistry with his leading ladies, Katrina Kaif and Anushka Sharma. The trio is reuniting on  big screen after their Yash Chopra's Jab Tak Hai Jaan. Last night, the actor dropped the first poster with Anushka as they shared a pretty happy moment in the poster. He captioned the poster, “Iss poori duniya mein, meri barabari ki ek hi toh hai... #ZeroPoster.” Dressed casually, Anushka is sporting a short hair in the poster.

The next poster was with Katrina Kaif as they share a romantic monent with each other while gazing into each other's eyes passionately. He wrote, “Sitaaron ke khwaab dekhne walon, humne toh chaand ko kareeb se dekha hai.” Katrina sizzles in a beautiful red gown.

Zero is a story that celebrates life, the first look of the film featured Shah Rukh Khan as the adorable vertically challenged man piquing the interests of the audience to witness the unusual tale. The film is set to have many cameos including Salman Khan, Sridevi, Karisma Kapoor, Kajol, Madhuri Dixit, Kareena Kapoor Khan, Alia Bhatt and Rani Mukerji. It is set to release on December 21, 2018.