In the era of biopics and historical period dramas, Kangana Ranaut is all set to bring the story of Rani Lakshmibai to the big screen with her upcoming historical drama Manikarnika – The Queen of Jhansi. While the expectations are quite high, on the set pictures are pretty much leaving the fans wanting for more. Many first look pictures have been released earlier. Now, the actress is gearing up to release the teaser of the film later this week. 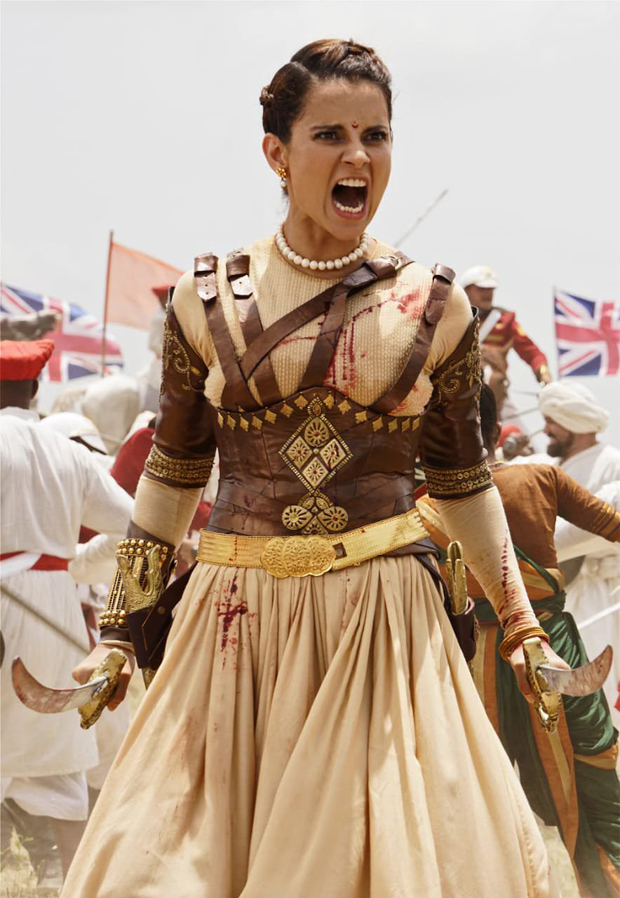 Today, the makers released a new still of the film in which Kangana is seen as the warrior queen full bloodied up. She is seen screaming on the field and it seems like an intense war sequence. They have slated release the teaser on the national holiday on 2nd October.

Manikarnika – The Queen Of Jhansi has been in quite a few controversies lately. The film’s director Krrish could not give new dates for the reshoots so Kangana has been taken the charge to complete the patch work. Besides, actor Sonu Sood walked out of the project that resulted in a war of words between him and Kangana.

Also Read: EXCLUSIVE: Manikarnika – The Queen of Jhansi’s budget jumps to Rs. 125 crores due to reshoots