Holding a mirror to today's times, where women continue to explore their immense and untapped potential, RSVP’s next military film, Tejas is the story of a daring fighter pilot, played by Kangana Ranaut. The Indian Air Force was the first of the country's defense forces to induct women into combat roles in 2016. The film takes inspiration from this landmark event. 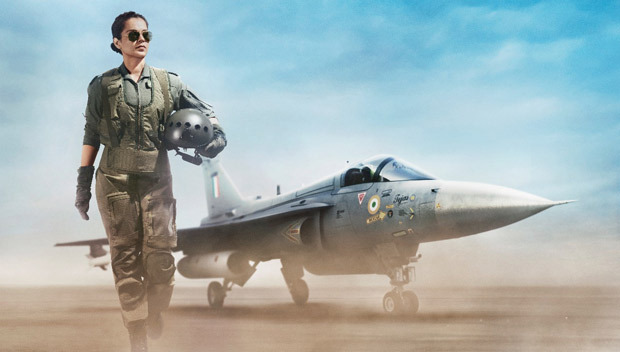 FIRST LOOK: Kangana Ranaut is an air force pilot in her next film Tejas

Written to evoke pride in our forces and our country, the story of Tejas reinforces the argument that when it comes to serving the nation, both men and women are equally capable of doing so with utmost fervour – all they need is the right opportunity and a determined spirit.

Integrity, courage and honour are the three pillars on which the story of Tejas is based. The script is crafted to make audiences feel the adrenaline rush that India’s brave soldiers experience on a daily basis, without once thinking of personal gain or needs. Following one of its core themes, Tejas brings an exhilarating account of what women can achieve when given a chance. Written and to be directed by Sarvesh Mewara, this is RSVP’s second film after Uri: The Surgical Strike that salutes the forces and aims to inspire the country at large. “We made an army-centric/army-based film with Uri: The Surgical Strike. Tejas is our dedication to the brave fighter pilots of the Indian Air Force, who always put the country first. We are excited and honoured to share this brave story with viewers and hope it inspires many more women to join the Air Force” Says Ronnie Screwvala.

“Very often the sacrifices made by our brave women in uniform go unnoticed by the nation. Tejas is a film where I have the honour of playing the role of one such Air Force pilot that puts country before self . I hope we instil a sense of patriotism and pride in the youth of today with this film. I am looking forward to the journey with Sarvesh and Ronnie on this one.” Says Kangana

“When your debut film has Ronnie Screwvala as the producer and Kangana Ranaut as the lead actor, going all out to chase your dreams feels worth it,” says Sarvesh

Tejas is set to go on floors this summer and release in April 2021.

ALSO READ: Karan Johar, Kangana Ranaut, and Ekta Kapoor are overwhelmed and humbled as they are honoured with the Padma Shri award