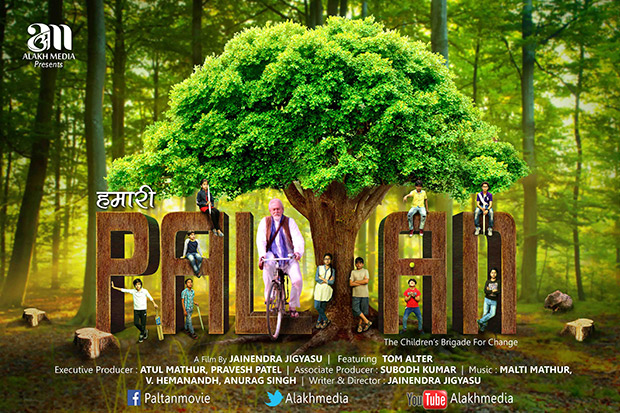 Remember Tom Alter? Well the yesteryears actor who has been sorely missing from the big screen is set at making a comeback of sorts with the soon to release film Hamari Paltan. Written and directed by Jainendra Jigyasu, the film will feature Alter alongside Manoj Bakshi and various child artists.

Produced under the banner of Alakh Media, the film tells a fun filled story of a group of kids guided by Alter’s character. Though the details of the film are being kept under wraps by the makers, they recently release the first look of Hamari Paltan which features Tom Alter and the kids and is slated to release in December this year.