Presenting a warrior, a combat and one of a kind champion; Disney+ Hotstar revealed the ferocious  and menacing first look of chocolate-boy Dino Morea in the upcoming series The Empire, a magnum opus mounted on an unprecedented scale. The dynamic actor returns to Disney+ Hotstar after the resounding success of Hostages 2, this time to leave an indelible impression with his look as a ruthless warlord. 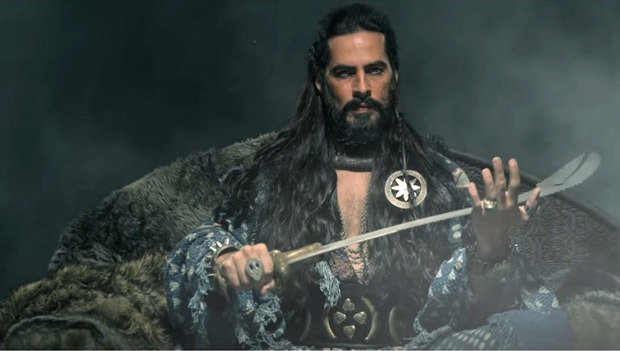 Created in conjunction with National Award-winning filmmaker Nikkhil Advani of Emmay Entertainment, the series tracing the origins of a dynasty, promises a magnificent visual spectacle mounted on a scale not seen on the digital realm before. It is touted to be the biggest and the grandest show ever created in India.

Actor Dino Morea said, “My look in The Empire is everything you imagine to be dangerous and ferocious. His hair, scars and his costume are detailed in a way that makes him look deadly yet maybe desirable. Could probably make the audiences feel fear but will still keep looking. The makeup and the costume team have done a brilliant job at crafting the perfect look.”

Directed by Mitakshara Kumar and produced by Monisha Advani and Madhu Bhojwani (Emmay Entertainment), The Empire promises a world-class viewing experience and will release soon only on Disney+ Hotstar.