Yash Raj Films‘ forthcoming Diwali extravaganza Thugs of Hindostan will be the biggest release that Bollywood has ever seen. This mega-action film has achieved a casting coup in the history of Bollywood by bringing together two of the biggest icons of Hindi cinema Amitabh Bachchan and Aamir Khan for the first time along with two leading ladies Katrina Kaif and Fatima Sana Shaikh. The logo and first poster of Amitabh Bachchan were unveiled earlier this week and they look intriguing. 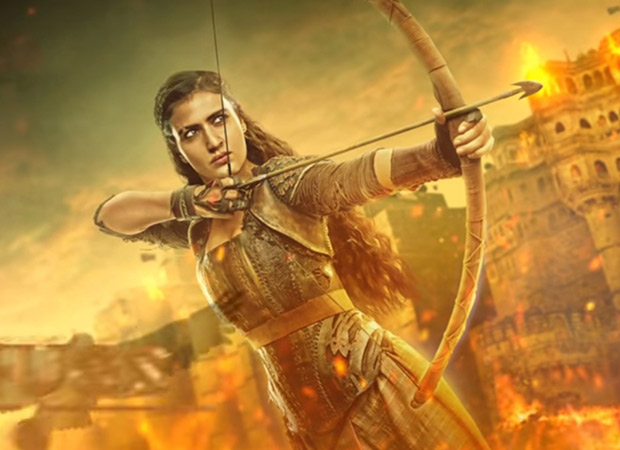 In keeping with the innovative marketing move to introduce the primary characters of the film through motion posters, the first look of the skilled warrior Zafira played by Fatima Sana Shaikh was unveiled today. With that being said, Aamir Khan unveiled the first motion poster of Fatima Sana Shaikh. The actress is essaying the role of a fierce warrior in this movie. Along with the motion poster, Aamir Khan revealed Fatima’s character name, Zafira. Without revealing much, he simply wrote, “The warrior thug! Iskey nishane se bach ke raho!!!@fattysanashaikh as #Zafira @yrf .”

According to the makers, Zafira is fiery and stunning. She is an extremely talented fighter and specialises in combat by bow and arrow. Zafira has perfect accuracy and she doesn’t miss a target, ever. Fatima Sana Shaikh as Zafira brings vigour and freshness to Thugs of Hindostan, the most anticipated film of the year. The film is set to treat audiences with an exciting, visually stunning cinematic experience on the big screen that promises to light up this Diwali with action, thrills and an adrenaline pumping adventure.

Just a day ago, Amitabh Bachchan's first motion poster was unveiled in which the actor donned a pretty intriguing look as Khudabaksh.

Thugs Of Hindostan has been directed by Vijay Krishna Acharya and promises to deliver a never-seen-before cinematic experience on the big screen this Diwali on November 8, 2018.

Also Read: Thugs of Hindostan FIRST look: Amitabh Bachchan as Khudabaksh will give you major Pirates of the Caribbean feels