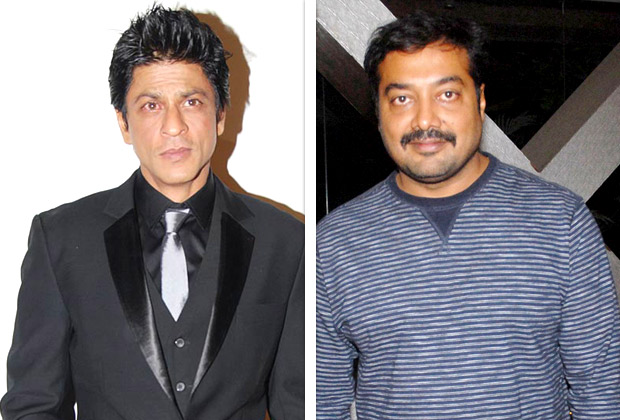 A few days ago, filmmaker Anurag Kashyap visited the Hindu College in Mumbai. 'Taar Bijli Se Patle Hamare Piya', a song from Anurag Kashyap’s film Gangs of Wasseypur was played on loop while Kashyap made his entrance in the college to meet the students and discuss various aspects of life.

The ensuing session which covered topics from his early days in college to how he became a filmmaker and censorship in films, the topic that caught the fancy of the students was the reason why Anurag Kashyap hated Arjun Rampal for seven years. Recounting the story about the time he hated Rampal, Kashyap revealed that, Arjun and he studied in the same college, and that there was a girl from Miranda who had ditched him for Arjun Rampal. Further talking about being ditched, Kashyap confessed that it was this episode that made him hate Arjun for seven years, which made everyone at the session laugh.

Commenting on his entry into filmmaking, Kashyap got candid about his time in Hansraj College and how he had aspired to become a scientist until he met Imtiaz Ali, who was a Hindu college graduate. He said that it was Imtiaz and Sunit, another friend from Ramjas who had inculcated the love of theater in him. And that he would follow Imtiaz’s theater group in Hindu for acting roles. In the year 1993, they planned to move to Mumbai. He also revealed that they actually followed Shah Rukh Khan's footsteps and when Shah Rukh got name and fame, everyone thought they could also do it.

Then, Anurag Kashyap came to censorship topic and revealed how he faced a lot of problems during the release of Paanch and Black Friday. Sharing his experience with censorship, he said that censorship changes with whoever is leading it. According to the board, our audience is not ready for such content and filmmakers always say that our audience knows what they are watching.