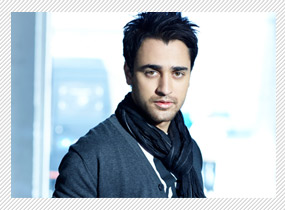 It's been quite a crazy week for actor Imran Khan. On January 10, Imran and Avantika had their wedding anniversary, a day later on January 11, Imran's big release Matru Ki Bijlee Ka Mandola (MKBKM) opened worldwide and now tomorrow on January 13, Imran turns 30.

When asked how he plans to celebrate his birthday tomorrow, Imran said, "I am finally taking a break from work tomorrow. This is actually the first birthday in the last 6 years where I won't be shooting so my wife Avantika is thrilled. She is in fact more excited about my birthday than I am and takes a lot of effort to make my birthday extra-special each year. This last month has been quite hectic with all the promotions and running around for MKBKM and I am going to switch off my cell-phone tonight and completely chill tomorrow."

Speaking about celebrating his birthday during his childhood days, Imran said, "When I was a kid, the birthday parties were always grand with the whole set-up being organized by mom and dad. As I started to get a bit older, I began disliking all the attention and drama on my birthday. So from the time I turned 12 or 13 I didn't really celebrate my birthday in a grand way."

When quizzed about how satisfied he is with the initial response to MKBKM, Imran said, "Personally I've been over-whelmed with the response. For me it was an acid test as it's such a different and tricky role from whatever I've done prior to this. It takes a bit of time for people to get in to the world that Vishal Bhardwaj has created because of the language and dialect etc but once they are warmed up, they seem to like it."