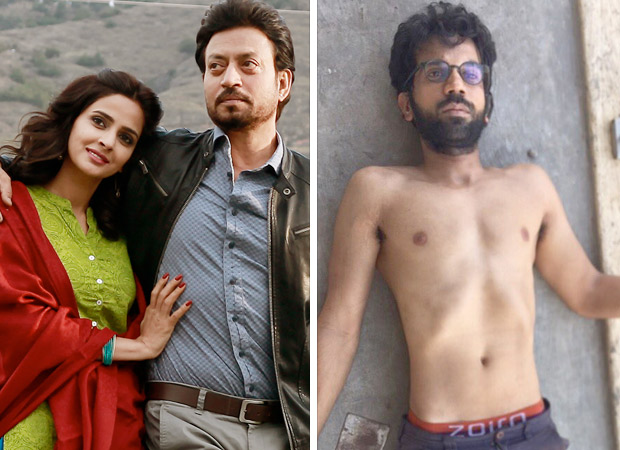 This year’s Filmfare awards have thrown forward some big surprises. The honours have swung away from the so-called A-listers towards actors who are not necessarily stars. According to a jury member at this year’s Filmfare awards, this was a conscious decision taken to “correct the imbalance that has crept into the popular awards….popular awards do not preclude good actors like Irrfan Khan and Rajkummar Rao. We wanted to prove that.”

Filmfare awards swing away from the expected, honour the unexpected

Sure enough, Irrfan has walked away with the Best Actor award in the popular category for Hindi Medium leaving behind the more “popular” choices Shah Rukh Khan and Varun Dhawan. In the Best Actor (Critics) category Rajkummar Rao was awarded for his widely-lauded work …no, not in Newton but Trapped. In fact there was an embarrassment of options in 2017 from Rajkummar Rao to choose from.

And Filmfare decided not to turn a blind eye to those choices. Says the jubilant Irrfan Khan, “I feel the gap between massy and offbeat is closing. Hindi Medium has been able to crack the magic of marrying content with popularity. I am happy that the bridge has been crossed from 'critic' to 'popular' on my own terms. I didn't have to go the so-called massy route.”

The other big winner Rajkummar Rao can’t stop marvelling at his luck in 2017. “I had a whole gamut of performances and films from Bareilly Ki Barfi to Newton. The whole shoot of Trapped was a very organic process. Apart from working on the character’s background and his relationship with other people I decided to live every moment as it came. One really can't prepare how one will react if one is living without food and water for days. Fortunately we were shooting in sequence, I stopped eating and drinking after day 1 of him being trapped and post that I was just reacting in the moment and was trying to live each moment truthfully. Urging the course of our shoot, I realised that for our body, having water is more important than having food. Of course both are important but to survive without water is very scary. It's very scary to be aloof, be it on a mental level or physical. As an actor I love challenging myself. Of course it's not right to push yourself outside your limits. It should only be done under proper guidance. If a character demands something from me as an actor I would love to go to an extreme to fulfil that demand. It's my job and responsibility as an actor.”

The two actresses who have won in the Best Actress category Vidya Balan for Tumhari Sulu and Zaira Wasim for Secret Superstar, are more difficult to rationalize. While both were no doubt commendable in their parts we can by no measure describe them as outstanding performances, the way Alia Bhatt was in Udta Punjab last year.

No two ways about Ashwini Iyer Tiwari winning the Best Director award for Bareilly Ki Barfi. Last year it was her husband who won Nitesh Tiwari who won the Best Director award for Dangal. It is significant that the best debutant director’s award was also won by a woman (Konkona Sen Sharma for A Death In The Gunj) during a year when the Hollywood awards seem to be unconsciously precluding the female filmmakers.