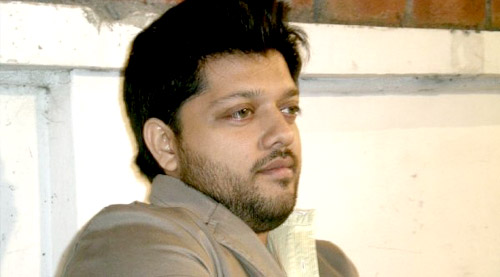 While some movies flaunt their content, others, like the upcoming PK are shrouded on secrecy. Director Karan Anshuman analyse his strategy


I take the decision to watch a film on the basis of its cast, who has directed it, or the buzz it generates. I'd preferably like to watch a film with as little information as possible, so that I get surprised. If you over saturate yourself with a lot of information and do a lot of research before seeing a film, then there is very little left to discover. A film-maker usually holds back information when they are confident about the movie's plot and the twists it contains. This is not a new trend as earlier too there was little information about Amitabh Bachchan's films.


This strategy of being secretive is related to a film's budget. If you've marketed it well enough, have a big star then you can be sure of a certain opening. Unlike top director-producers Sanjay Leela Bhansali, Karan Johar and Vidhu Vinod Chopra, few film-makers can afford to promote their films like that.


It's a myth that directors adopt this strategy because they fear someone might steal or leak their idea. Besides, copyright laws are much stronger these days and by the time someone tries to do something similar, it's time for the film to release. However, when a film-maker is not so certain about his product, he capitalises on the film's content. Makers of low budget films or films that don't feature A-list stars are also not secretive about their films. The makers of a small budget film have no option but to sell their film's story. It could be the jokes, the plot; they highlight whatever they can to lure people to watch their films as they don't have a star or a lavish backdrop that will ensure them an opening. However, a film like PK which marks Rajkumar Hirani's directorial comeback after five years and stars Aamir Khan who is a huge crowd puller can afford to be secretive about its story.


Similarly, the makers of Lagaan kept the cricket angle out of its promotional strategies. That was a very good move as after watching the trailer; everyone thought it was a period film starring Aamir Khan. Nobody expected the plot to have anything to do with cricket, and when that angle kicked in they were hooked!


Hollywood film-makers usually have a very measured way of revealing information about their films as it gradually nears the release date. An exception being Quentin Tarantino who intentionally uploaded the scripts of Django Unchained and Inglorious Bastards before their release, because he wanted people to read it and boast about how it was made; how it's better than what they could ever imagine it to be! If a film-maker intends to keep the film's plot a secret, then there are little chances of the story being leaked. For a viewer, there is nothing more rewarding than discovering a sub plot, unknown to them in a film. It's equivalent to reading a book without even reading its synopsis on the back cover and buying it instinctively, or solely on the basis of the reputation of the author. You start reading without knowing anything and get absorbed in the story and to your surprise, you wind up loving it!

Film-makers have realised the disadvantages of revealing too much information. If they give away everything in a trailer, then the film's plot can be deconstructed. It then becomes the journey about how the film has been made, rather than the anticipation of what will follow next. Lagaan may not have been as successful had we already known about the match between the British and the Indians. That angle was partly why the film was a hit.