Fatima Sana Shaikh was a child artist before bagging big projects in the last couple of years. Be it Kamal Haasan's Chachi 420 or Shah Rukh Khan's One 2 Ka 4, she had worked with several superstars during her childhood. The actress finally made her presence felt when she starred as wrestler Geeta Phogat in Aamir Khan starrer Dangal in 2016 which was a major breakthrough for her in films. After the success of the film, soon enough she bagged Yash Raj Films’ huge gamble Thugs Of Hindostan starring Aamir Khan, Amitabh Bachchan and Katrina Kaif. 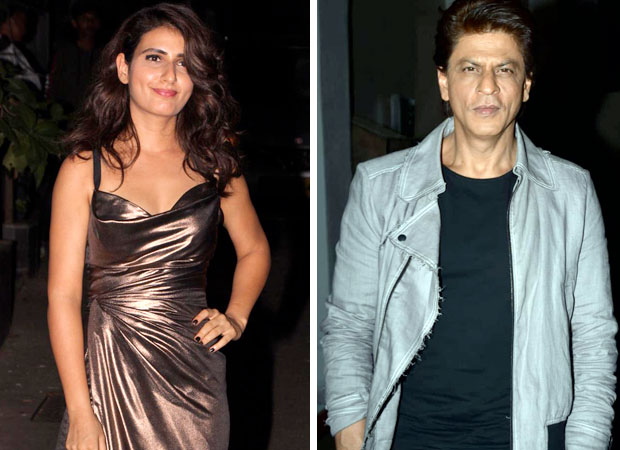 In an EXCLUSIVE interview with Bollywood Hungama, Fatima Sana Shaikh admitted that she does not get star struck easily but when it comes to Shah Rukh Khan, she goes numb. But, she revealed that would love to romance him onscreen and has no qualms that she had worked with him as a child star in One 2 Ka 4. She said, "It was the first time I got to know he had a wife while working on One 2 Ka 4. I cried a lot. My heart broke and I wondered 'How come he has a wife?' For you, first love is first love. I don't care whatever it may be. I want to romance Shah Rukh Khan."

When asked whether she has met SRK off late, Fatima Sana Shaikh said, "I don't have the courage to talk to him or say 'hello' whenever I see him. When you are a fan of somebody and you have grown up seeing his posters and stickers on your books, he comes in front me and I get cold feet. It's a very weird feeling because I am not somebody who gets star struck. I love Bachchan sir and he is a legend. Even with AK (Aamir Khan), I am not star struck. With him, I am completely in awe of him. "

Fatima Sana Shaikh, on the work front, was last seen in Thugs Of Hindostan which released in November this year. She is yet to announce her next project.


Also Read: Fatima Sana Shaikh SPEAKS UP on the link up rumours with her Thugs Of Hindostan co-star Aamir Khan

Fatima Sana Shaikh opens up on portraying a…