Aamir Khan’s daughter Ira Khan got engaged to the love of her life Nupur Shikhare last week. One of the attendees at the wedding was Aamir’s two-time co-star Fatima Sana Shaikh. The actress shared a number of pictures from the ceremony to celebrate the happy occasion on her official Instagram page. 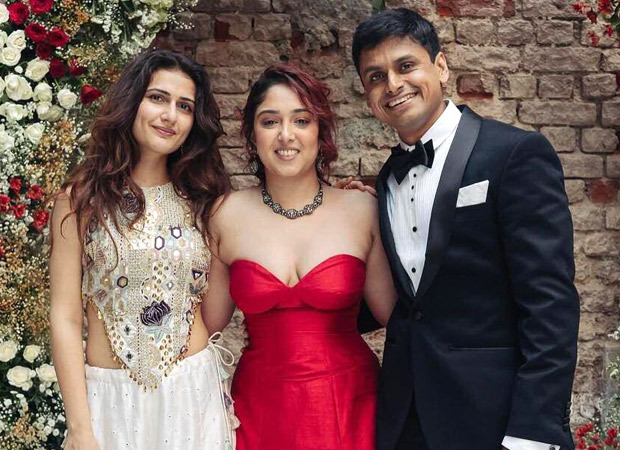 The first picture sees Fatima posing with the newly-engaged couple Ira and Nupur. Along with that, she also shared quite a few other pictures from the party featuring her and the couple.

Fatima captioned the post, “What a mad afternoon that was!!! So happy to see guys celebrate Your love and the was so infectious… My heart was swelling with love and affection for both of you. I am glad I could be a part of it. Pyaar pyaar pyaar.” Ira commented on the post saying, “Love you so much.” In another comment, she wrote, “The second photo is probably my favourite photo of the day!”

Fatima has acted with Aamir in the blockbuster Dangal and later in Thugs Of Hindostan. While in the former she played the real-life wrestler Geeta Phogat, the latter saw her essay the character of a warrior.

On the work front, Fatima was last seen in the Netflix movie Thar earlier this year, which starred Anil Kapoor and Harshvardhan Kapoor.