Farhan Akhtar will soon be seen in the upcoming sports drama, Toofaan in the role of a boxer. The film has created quite a storm ever since its teaser came out. The actor was highly praised for his performance in the trailer and has gotten into the skin of his character with extreme ease. 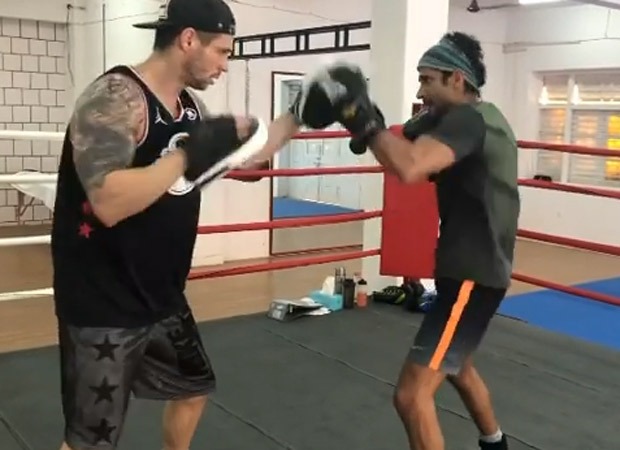 Sharing a throwback video from 2 years ago when he had already started training for his role in the film, Farhan wrote, "Let’s start at the very beginning .. Throwback to March 2019 and still early days of training in the ring with @drewnealpt .. Drew pointed out that I’m still not relaxed in the shoulders and still not moving my feet to good effect.. I’m actually trying to not sit down in between sets (didn’t tell Drew that though ????) .. Work in progress with progress being the work ???????? .. #ToofaanUthega #21stMay".

Directed by Rakeysh Omprakash Mehra, Toofaan marks the second collaboration for Akhtar and Mehra, who previously brought Milkha Singh's life story to the big screen in the 2013 biopic Bhaag Milkha Bhaag. Toofaan is produced by Ritesh Sidhwani, Rakeysh Omprakash Mehra and Farhan Akhtar. The much-awaited movie features a stellar cast with Farhan in the lead alongside Mrunal Thakur, Paresh Rawal, Supriya Pathak Kapur and Hussain Dalal. The Rakeysh Omprakash Mehra directorial will premiere globally on Amazon Prime Video on May 21, 2021.

Also Read: “Farhan Akhtar has made a wonderful physique for Toofaan”- Milkha Singh