Farhan Akhtar's upcoming film Toofan has been long anticipated. Owing to the pandemic, the film was delayed. But a few weeks ago it was announced that the film will be released on Amazon Prime Videos in the peak of summer. 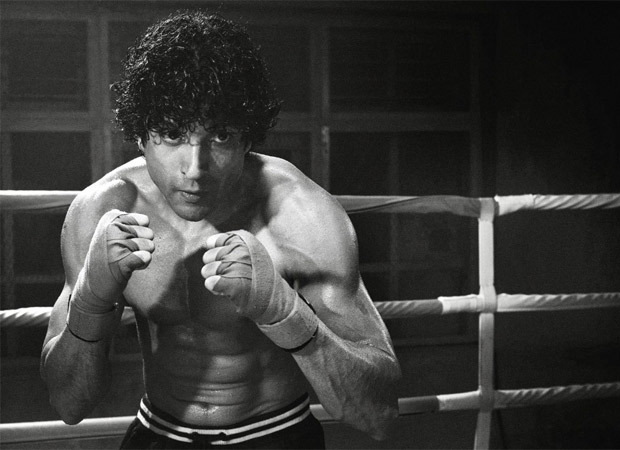 Today on April Fool's day, Farhan took to his Twitter handle to share a new still of himself from the film. The actor essays the role of a boxer in the film and has trained hard to look like one and to essay the role to perfection.

Sharing the monochrome picture of him posing in a boxing ring with his curly hair reaching his eye level, Farhan worte,"Come on April.. you’re not fooling me ..!!#ToofaanUthega #ToofaanOnPrime #21stMay"

Toofaan, is an upcoming sports drama film that is being presented by Amazon Prime Video in association with Excel Entertainment. Farhan Akhtar will be seen in a lead role as a local goon first in the film, who embarks on the journey of becoming a national level boxer. Directed by Rakeysh Omprakash Mehra, produced by Ritesh Sidhwani, Rakeysh Omprakash Mehra and Farhan Akhtar, the movie features Farhan in the lead, alongside Mrunal Thakur, Paresh Rawal, Supriya Pathak Kapur and Hussain Dalal.

The film will be having its global premiere on May 21, 2021 exclusively on Amazon Prime Video.

ALSO READ: Farhan Akhtar shares BTS video of him training for ‘Toofaan’, says ‘be light on your feet’