Sidharth Shukla has been one of the most favourite contestants ever since the first episode of Bigg Boss 13. In fact, no other celebrity or winner of the reality show has received as much love as he did. Even after the show saw a massive season finale, with Sidharth Shukla walking away with the trophy, a month later, the fans still can’t stop raving about the show and their favourite. The top three contestants of Bigg Boss 13, Sidharth, Shehnaaz Gill, and Asim Riaz have received a huge amount of love from their fans and viewers. 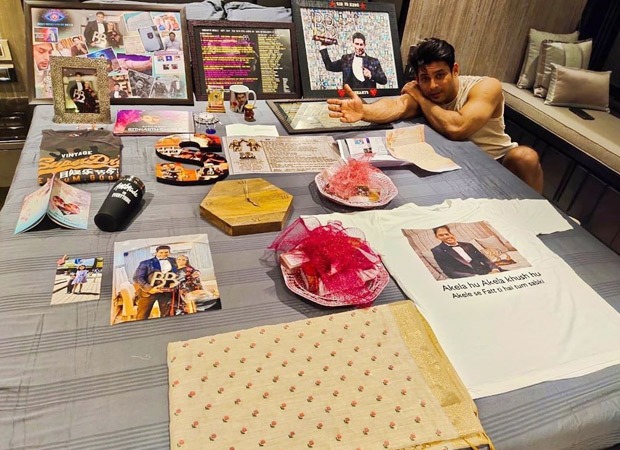 Now that the first look of Sidharth Shukla and Shehnaaz Gill’s upcoming music video, ‘Bhula Denge’ was revealed a couple of days ago, the fans couldn’t help but send across a lot of love to him. Posing for a picture with all the gifts that he received, Sidharth Shukla posted it on his Instagram. He arranged all the gifts on his bed and posted it with the caption, “Thank you for all the love but honestly, your wishes are more than enough humbled by all the efforts put in .. #SidHearts ❤️”

Clearly, the SidHearts can’t get enough of him and we’re not complaining!

Also Read: Sidharth Shukla says the toughest part about being on Bigg Boss 13 was to stay away from his mom!