Writer Juhi Chaturvedi has penned several hit films like Vicky Donor, Piku, October and the recent release Gulabo Sitabo. Juhi won the National Award for the Best Original Screenplay and dialogues for the film Piku. While writers have always been a pivotal part of filmmaking, it is only in recent times that terms like 'content is king' and 'content is superstar' has been in use a lot. In an exclusive conversation with Bollywood Hungama, Juhi spoke about these new terms and the credit given to writers in the film industry. 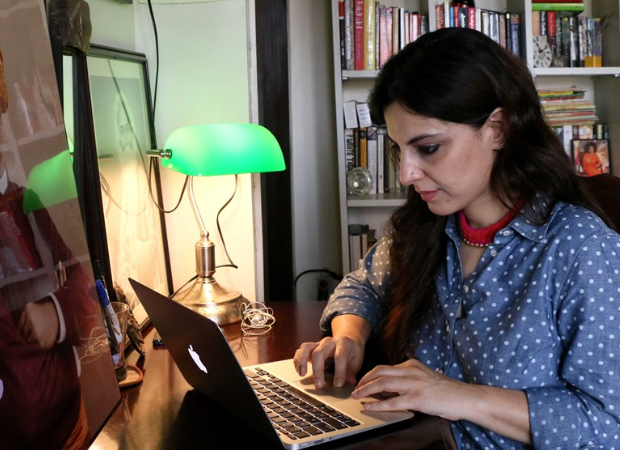 “You know these are all new terms that are coined. Content is the king-that is the most given thing. Cinema is about storytelling so obviously the story becomes the most important thing. It is just that somewhere over the period of time people forgot about the most obvious thing and they have suddenly realized like ‘shit there is no story in my film and I need to have a story because the audience has been demanding a story’,” she said.

Talking further about cinema and how it is a collaborative art form, Juhi said, “There is a difference, when you mount a project your heart towards it versus when you're creating cinema. Cinema is  not mounting a project, you know, the subtle difference that I'm talking about, and cinema has a far bigger role to play in our lives . A story and a meaningful story and a story that touches you right where it's supposed to be. That is the basis of cinema.  And so whether it's writing content, whether it's the people who come together , whether it is the actor or cinematographer or anyone else, they're all working towards a bigger vision of cinema . And everyone is actually the best in their team to  ensure that the vision is not fudged. And that requires sound writing,sound music, sound performance.”

“So it's an amalgamation of many things and the story that the cinematographer tells through his camera. The story that the editor is telling through the editing, that is also storytelling. And in cinema, all of this has to be together. I have to be together with the editor,with the cinematographer, with the music composer, director , the producer, all have to be on the same page,” she added.

Unlike artists, writers usually invest a longer period of time on doing one single project. When asked if writers are better credited now, especially with respect to pay, Juhi said, “It all boils down to who you're choosing to work with. Any sensible filmmaker, director or producer will know the importance of the writer and he will ensure that they give you credit in whichever way. So again you know you're working with a sound mind and good thinkers and good thinkers are not there to sabotage your work. So if writers are collaborating with the right kind of filmmakers and producers and directors, they won't be shortchanged.”

“I think we as writers also, with every film slowly and steadily has to ensure that our integrity towards our craft, our sincerity towards our creativity should only and only get better with time. The credit, the money, the recognition or whatever it is, takes its own sweet time to come and that is not the purpose of we getting into a field of writing because we have some extremely potential things that's why we are here. The voice  that is inside me can be heard only as a writer and it takes a while. We are not in a transactional business that I give you script, you give me money. It is not that. I think it is beyond that," the writer said.

ALSO READ: EXCLUSIVE: Writer Juhi Chaturvedi speaks about the idea behind Gulabo Sitabo and why they cast Ayushmann Khurrana and Amitabh Bachchan