Bollywood actress Radhika Apte has been busy with the promotions of her upcoming movie Vikram Vedha. The actress recently sat down with Bollywood Hungama to discuss several topics including her career, and her choices when it comes to films, and even answers some interesting questions. 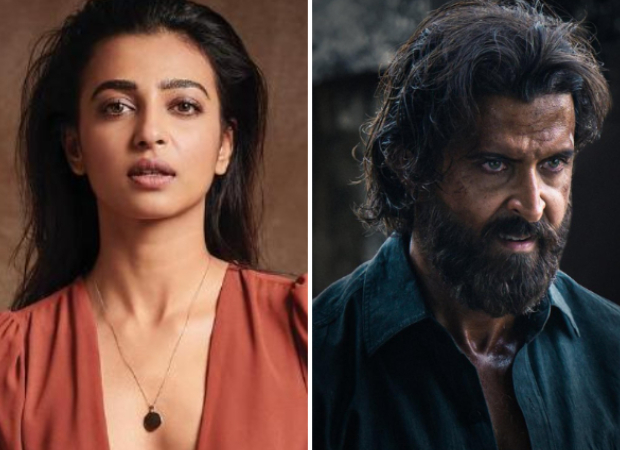 During the rapid-fire segment, Radhika Apte was asked about Hrithik Roshan and what’s the one thing she loves about him. She said, “His dedication to fitness.”

In Vikram Vedha, the actress played the role of Saif Ali Khan’s wife. The film is an action-thriller written & directed by Pushkar-Gayatri. The original movie with the same name starred R Madhavan and Vijay Sethupathi. In the Hindi remake, Radhika Apte reprises the role of Shraddha Srinath, who originally played Priya. The story of Vikram Vedha is about a tough cop Vikram (Saif Ali Khan) who sets out to track and chase a dreaded gangster Vedha (Hrithik Roshan).

On the other hand, Radhika Apte was last seen in Forensic with Vikrant Massey which saw a direct premiere on ZEE5. The actress will next star in the Netflix movie Monica, O My Darling which is an upcoming black comedy and white-collar crime drama in which a young man desperately tries to make it big with some unlikely allies and a dastardly diabolical plan to pull off the perfect murder. The official teaser was shared in September during TUDUM event of Netflix.