Actress Sanya Malhotra was last seen in Meenakshi Sundareshwar next to Abhimanyu Dasani who is Bhagyashree’s only son. Apart from that, Sanya has also been in news lately for speculations about her being a part of director Arun Kumar aka Atlee's film with Shah Rukh Khan. In a recent interview of Sanya Malhotra with Bollywood Hungama, Sanya played rapid-fire with the host where the actress was asked several interesting questions which left her in thoughts. 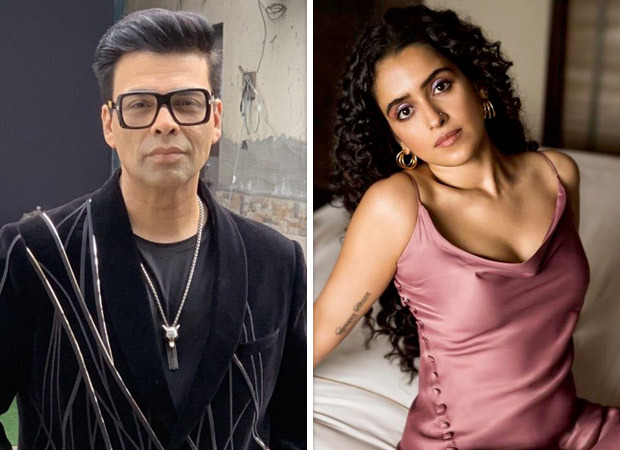 EXCLUSIVE: “A text from Karan Johar made my day” – Sanya Malhotra on praises for Meenakshi Sundareshwar

In a segment of Rapid Fire when the host asked her if she has received a compliment for the movie Meenakshi Sundareshwar which is closest to her heart, the actress was quick to mention Karan Johar. Sanya said, “A text from Karan was really special. He texted me after watching the film and that made my day”.

Reportedly, the film features many big names from Bollywood and the south industry. While it's been rumoured that Nayanthara will be SRK's leading lady in the film, it's also being said that Sanya has been cast to essay a crucial role. Sanya Malhotra has constantly avoided confirming her role in the movie. If this turns out to be true, the movie can be a turning point for Sanya’s career.

Also Read: Meenakshi Sundareshwar cast Abhimanyu Dassani and Sanya Malhotra do the happy dance thanking the audience for the response to their film