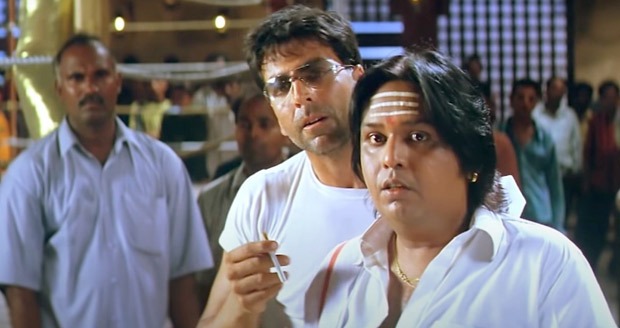 Thankfully, the actor is back in India after working for some years in the UK. Apart from working on his independent productions, Snehal Daabbi will be seen in Akshay Kumar’s much-awaited film, Bachchan Pandey.

In an exclusive interview with Bollywood Hungama, Snehal Daabbi confessed that he’s playing a hardcore villain in the Farhad Samji directorial. He also said, “I came back before the lockdown to work in Bachchan Pandey. Akshay Kumar asked me the do the role. Even before, he had called me and offered roles in films like Gabbar Is Back (2015). But I couldn’t take it as I was already in London. Then one day he called to offer me Bachchan Pandey. He straight away asked me, ‘Tu mere saath kaam nahi karna chahta kya?’ I told him, ‘Arre nahi, aisa nahi hai’. He told me, ‘Kar lo yeh role. Sajid bhai ki film hai’.”

Snehal Daabbi is all praise for the reputed filmmaker who has backed Bachchan Pandey. He said, “Sajid Nadiadwala is a very nice person. Doosre producer ke saath kaam karu ya na karu but unke saath toh zaroor karunga. He treats actors well and his productions are well arranged.”

Earlier, Akshay Kumar and Snehal Daabbi had worked together in Deewane Huye Paagal. The scene where Akshay Kumar’s character cheats Snehal’s character while counting the money is hilarious. Snehal said, “Yes that scene has gone viral. Even there, I was called and told ‘Kar le kuch’. I thought, ‘Ab toh sabko aadat pad chuki hai’.” This is about the fact that since Snehal is a great writer as well, filmmakers used to call him on set and ask him to write a scene featuring him.

Coming back to Bachchan Panday, Snehal Daabbi confirmed that shooting Bachchan Pandey with Akshay Kumar was a lot of fun. “2-3 mahine tak ek hi chehre dekh ke pak jaate ho aap. But with him, it’s always fun. When we are free, we play cricket. So it feels like a picnic,” he said.